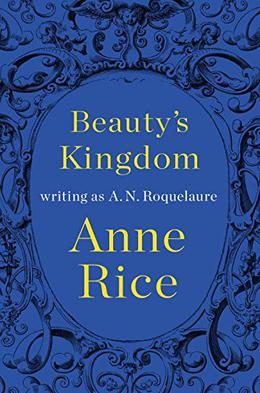 Especially with all of the new adjustments, Kingdom is a definite turnon. Rice is an excellent writer, and it’s no surprise that her skill with words translates just as well to the joys of being a human pony as it does to her more conventional fare. Would I enjoy being strapped to a cart with a horse-tailed dildo up my bum? Almost certainly not. Does Rice write about it well enough that I managed to get sympathetically turned on by characters who do enjoy being utilized as naked equines? Absolutely. It’s an excellent volume of smut, and I recommend it to anyone who enjoys the kinkier side of sexy times.

While Rice writes excellent, interesting, sympathetic characters, Kingdom isn’t romance, not really. It’s straight erotica with plot thrown on as a nice garnish--you can’t go two pages without smacking into a graphic sex scene. But if erotica is what you’re after, and you don’t mind a lot of kink, this is guaranteed to put a bounce in your britches.