Against the Tide (The Brodies of Alaska #3) by Kat Martin 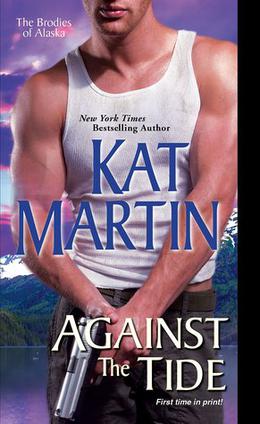 Before reading this book, the only encounters I had with Alaska were Russell Crowe playing hockey, Ryan Reynolds getting fake married, and Tina Fey reporting that someone could see Russia from their house. As someone who loves to read books set in locales unknown, I was excited to read Kat Martin’s romantic suspense Against the Tide set in Valdez, Alaska. 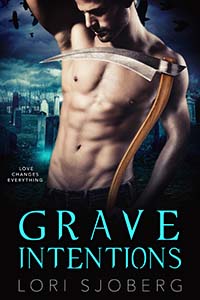 Sponsored links
Valdez ringing some bells? Google tells me that it’s a real city and sounds exactly how Martin describes it in the book. It’s a small harbor town of around 5,000, which is the end of the trans-Alaska oil pipeline and the namesake for that particularly frightful spill back in 1989. As a romance set in a small town, all of the characters exist within its world. Our heroine owns the local diner where everyone seemingly eats at least twice per week and our hero operates a charter fishing company which caters to wealthier tourists seeking to explore Alaska’s beauty.

And that brings us to the main plot, which I will summarize quickly but will try to leave out details so that the twists and reveals aren’t ruined for you should you chose to journey with Martin’s characters through the mystery! Valdez awakes one morning to find that one of her favorite sons has been murdered down by the docks. This is a double mystery; no one can sort who would want to kill Scottie nor can anyone suss out why he’d be by the docks late at night. Our alpha of all alphas hero, Rafe, steps in to help out the local law enforcement in solving the crime. Scottie worked for him, you see, and it seems like the law is a wee bit under-resourced and requests Rafe’s help. Added to the crack amateur investigative team is diner-owner Olivia, whose mysterious past is revealed to us only just before it’s revealed to Rafe.

Instant attraction and uncontrollable sexual desire is not one of my favorite tropes (I’m more a friends-to-lovers gal), but I’m not wholly opposed to it and this telling of it totally worked. I completely believed these people would want to be together physically and then develop the emotional connection from there.

Additionally, Rafe’s alpha (or should I say ALPHA!!!) tendencies are well served here. As I mentioned above, Olivia is a keeper of secrets and some of those secrets eventually get her in a spot of trouble. This gives Rafe the chance to play serious hero, but his alpha self is well established before that. At one point, Olivia does not want to leave the diner with him, so he literally throws her over his shoulder and hauls her back to his place to demonstrate his dominance. On another occasion, he buys her a baseball hat emblazoned with the word “mine” in jeweled letters. Olivia reports being mildly frustrated but ultimately turned on by both of these actions.

This stage of their relationship flirts a few times with crossing the line away from consent, but never fully crosses it. I was uncomfortable a few times with how domineering he was – the baseball hat in particular was not my favorite – but overall, Martin convinces that Olivia is fully compliant in this relationship and has given full consent on all occasions. However, minor trigger warning so heads up. There is a threat of sexual assault at one point. The attack is thwarted and no rape actually occurs, but it may be sensitive for some readers. If that’s you, but you’d still like to enjoy the story, it’s totally possible. At one point, Olivia will go running alone with her dog and report being followed by a truck. Skip to when Rafe is mentioned again and you’ll be grand.

One last thing on Rafe; if you are someone who enjoys reading alphas, you’ll love him. If you’re more a beta type reader then I would think about either tempering expectations or avoiding this one. If the two actions I described above made you roll your eyes, then hard pass it.

Overall, I enjoyed this book. I’m new to romantic suspense – I know, I know – but I will be hunting down more works by Martin for sure. Her treatment of characters is great and I was on the edge of my seat for the conclusion of the mystery for sure. I would have loved a little more info on specificities of Alaskan culture, but I’m a giant nerd and I’m sure most readers will think the book is great.