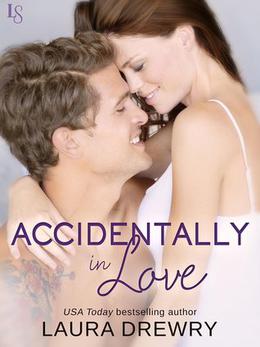 Do you like reading books about kind men? What about books about sassafras women? Books about friends who are the main character’s tribe? Books which include hot sex and a slow burn romance? Then, chickens, pick up Accidentally in Love immediately. 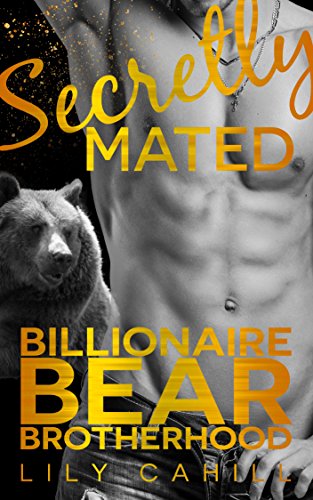 Sponsored links
When I got this book assigned, the email said that this book was recommended for fans of Jill Shalvis and that is an accurate assessment. Drewry is clearly carving her niche in the small-town, big family romance. If you’ve devoured Shalvis’ Lucky Harbor, then I’d pick up Drewry’s Canadian-set Friends First series, of which Accidentally in Love is one.

This chapter of the series centers around Ellie and Brett. We meet them when Brett is pulling Ellie over for speeding and eventually confiscating her license. Our Ellie, it appears, has a serious lead foot and an inability to obey speed limit signs. In this first interaction, we discover that the two have known each other for years but have no real relationship. They’re both part of a sprawling friend circle, but have no independent connection.

Ellie, it turns out, got herself into a bit of legal trouble a few years back due to a truly abysmal taste in men. The cops on that case fumbled justice and Ellie has since resolved to never trust cops ever again. Brett is a cop (read: Canadian Mountie, eliciting all sorts of delightful mental images of that red uniform for me) and thus untrustworthy. Their friends think that Ellie lumping Brett in with the cops who were awful to her is unfair, but they also don’t force anything.

As the story unfolds, we learn more about Ellie’s past issues and how the ex-boyfriend is a true problem. He is a stalker, so be aware of that if you can’t abide stories of that nature. Most of the narrative does center around Brett and his colleagues trying to protect Ellie and catch the bad guy.

It’s during this bit – the attempts to capture – where Ellie realizes that Brett is a really good guy. I mean, a really good guy. He is kind and thoughtful and smart and funny and handsome as sin. However, he is excellent at his job and defends the innocent with aplomb. In romance parlance, Brett is a beta hero and an excellent one at that. I married a beta hero, so they’re particularly attractive to me and Brett hit all my buttons. Plus, the way Drewry writes about his sexual abilities were… lovely.

I have realized recently that most of my recreational reading is novels which take place in the U.S. or the British Isles and I am trying so hard to change that. I don’t mean to be a literary xenophobe, but I appear to be one. So imagine my delight when I opened up this book to discover it takes place in Canada! The tiny details and slang words make it clear that the location is important but does not alienate those of us who aren’t Canadian fluent. I liked the sense of otherness in the midst of the familiar rhythms of a romance novel.

In terms of the characters, Ellie is… prickly. She snaps at her friends and treats Brett with disdain through the beginning of the novel. It’s clear she loves her friends and that they know her exterior behavior is not a reflection of her inner life. While none of the characters express this, it was clear to me that her abrasiveness was a coping mechanism for the trauma she had recently experienced. Her mistrust of authority comes directly from their betrayal of her and her short temper comes from a level of exhaustion and fear known only to survivors of trauma.

From the get go, we’re told Brett knows she was screwed over by the cops on her previous case. She was also the victim of a mysterious hit-and-run accident a while back that Brett feels has more to it than meets the eye. For me, this made me trust Brett immediately. His sense of justice and his commitment to his job overrides how this woman ignores him. He’s very clearly one of the good guys. He also clearly has a bit of a thing for Ellie and I rooted for him to win her over from the get go.

I read this entirely in one sitting. My husband and I were in an airport on a long layover. Every time he tried to talk to me while I was reading this one, I gave him what he calls my “book face”. Translation: “why are you speaking right now, I’d rather spend time with the people I’m reading about than deal with your petty questions.” He is, in full disclosure, familiar with this face and loves me anyway (he also has a similar face to me when I interrupt him while playing his Xbox).

In summary, this book was delightful and I’m off to Amazon to buy the rest of the series. Recommended for fans of small towns, beta heroes, justice prevailing and a very satisfying happily ever after.