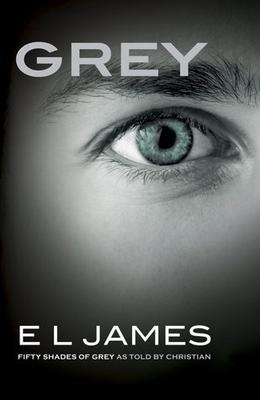 Let’s get a few things out of the way, chickens, before I dive in.

Sponsored links
Point the first: If you thought that the original trilogy was amazing and you dream of being in Christian’s Red Room, I’d click away now. I do not share that viewpoint and will be writing this review from the perspective that the original works… left some things to be desired.

Point the third: It is now impossible for me to not imagine Jamie Dornan saying all of this stuff. But I want him to have his proper Northern Irish accent (see his performance in The Fall) and his dead sexy beard. I am aware Christian has neither of those things, but I contend they probably should be.

Now that we’re all on the same page, *cracks knuckles*, let’s go.

You all know the plot. You all know all of those tags I put at the beginning of the post. None of this is secret. I’m guessing you’re here because you want to know one of the following: does this explain Christian? Does having his perspective make the sex in the first book hotter? Does she still include that tampon scene? Are the emails still the best part of the book?

This book does what it says on the tin – it is exactly 50 Shades, just from Christian’s POV. To be completely frank, after reading this, I wish she would have written the first one from alternating views because he is not exactly what I thought he was.

Instead, this creation by James is a seriously broken guy, chickens. He reminds me of Dexter Morgan from Dexter; he has a dark passenger he doesn’t necessarily want to give into but feels forced to. His “playroom” is the only place he feels he can fully embrace himself, a self he feels was forged in his early childhood. He self-identifies as a “monster” and is appalled at himself that the first time he felt complete and utter release with Ana was when he spanked her so hard she walked out. The conflict of shame and pleasure is one he is not emotionally equipped to deal with.

I did not expect to leave this novel feeling sympathetic for him. The more I read, the longer I was in his head, the more I wanted to fire his therapist, scream at his Mrs. Robinson and tell Ana to leave as quickly as possible because being intimate with a person this uncomfortable in his own skin and who is this toxic to himself will only lead to pain for her.

Because that’s how James writes him; broken and toxic for both himself and Ana.

No shortage of ink has been spilled about the BDSM in this book – how it is not an accurate depiction of this world or the people who inhabit it, especially since few people who enter into the world do so as some sort of reaction to abuse. I don’t need to cover that all again. However, because I agree with that viewpoint, the sex in this book is not “hot” to me at all. I kept wondering about the boundaries of consent and awareness on Ana’s part. I kept worrying about Christian’s need to control her and his need to be the center of her world to be content in his. I kept wanting to refer them both to therapists.

Sex of any variety – vanilla or any of the other 39 flavors – between two fully consenting adults is wonderful. However, sex of any variety between a virgin not familiar with her own body and a man who has his favorite brand of flogger hits me as slightly unbalanced. Sure, she said she was game for things, but did she have any freaking clue what she was game for? I contend, especially by Ana’s exit after the spanking/beating, that she did not. For me, that’s something to consider. As I established in point the first, however, I know there are many people who disagree with me, and if you’re one, then crack on, chickens, you do you.

Recommended, frankly by me, for no one. But as I keep saying, you do you.

As for the rating: Can I cheat a bit on this one? 1 star from my perspective, 3.5 for anyone who liked the first trilogy.