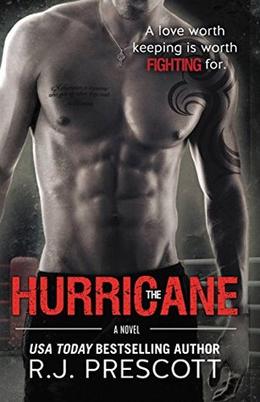 Alright, chickens, this one is full of trigger warnings so let me get those out of the way first. Our main character, Emily, has a stepfather who could only be kindly described as a sociopathic son of a bitch spawn of Satan. She is physically, emotionally, and sexually abused by this man and descriptions of that abuse are within the book. The descriptions are detailed and most are in italics if you’d like to skip them, but they and the reality they create for Emily form a bulk of the story. So be ye warned.

Sponsored links
If those triggers don’t affect you, I would recommend picking up this book without delay. Even if boxing is not your sport (it is not mine), this book is as much about boxing as Friday Night Lights is about football. That is, it locates the story but does not overwhelm it. I’m not actually sure I would even call this a sports romance, to be honest. I read loads of sports romance – it’s one of my favorite sub-genres – but this one read more like a romance which happens to involve a boxing gym than a boxing romance. I think that anyone who loves reading boxing or MMA or UFC fighting will still love this, but those of us who don’t can still find wonders within.

The plot is simple, to be honest. Emily is a down-on-her luck gal who finds work in a London boxing gym where Cormac “The Hurricane” O’Connell works out with his ragtag tribe of lads. Cormac, called Con or O’Connell throughout the novel, is the son of Irish immigrants from Killarney and whose childhood was nowhere close to idyllic. The two are drawn to each other and slowly form trust and eventually fall in love and have their happily ever after.

What makes me recommend this book so highly is the trappings of that plot. The engine of simplicity that drives the plot allows Prescott to create a world I feel I could walk straight into tomorrow. The characters are alive and the descriptions are vivid and I read this in two sittings. This is escapist at the best – enough touches of reality to ground it but it’s the best version of reality where the bad guys are vanquished and the hero and heroine ride off into the proverbial sunset.

The boxing gym is owned by Danny, a gruff Irishman with idioms and accent to match, who serves as a father figure to the lads who frequent his gym. And, as an aside, he’s a fairly accurate portrayal of an Irishman of his generation. Through rites and rituals, he has created a family in the midst of the large Irish diaspora in London.

For instance, O’Connell has a particularly big fight at one point in the book. The night before, the whole gym – and I mean the whole gym – goes to the local Catholic church for confession. The idea is that the whole gym goes in the ring with the fighter and therefore must all be of the same mindset. Even for the lads who have strong and functional families (some of whom we meet), the gym clearly centers them. I know Prescott has a sequel planned for The Hurricane, but I also hope she plans to branch out and tell us the stories of some of the other fighters.

Following the trigger warning at the top, I want to address that part. In a past chapter of my life, I was an intake counselor at a women’s shelter. One day in particular I had two clients come in with parallel lives and ones not dissimilar to Emily’s. For these two women, their partners were the abusers. One woman was petrified of being touched by anyone – her reaction to her abuse was to huddle inside herself and create an armadillo-like shell around herself. The other woman craved the touch of others – her reaction to her abuse was to seek to redeem all the negative touch immediately. My point is this: both reactions are valid. Each human responds to abuse in their own way. While there are certainly patterns of behavior professionals are familiar with, every person is still different.

I say that because for some readers, Emily’s trust of O’Connell may seem quick. She begins to crave his touch and find it healing, she consents to sex with him quicker than some readers may be comfortable with. Let me say this, I understand that concern. My professional self did not twig, however. If Emily was my client, I could absolutely see her journey as described in this book. The fact that O’Connell came with a family she craved and a man she already trusted (the book tells us that she and Danny had known each other for a year before the book started) only adds to my assurance that if Emily was “real”, this life was plausible.

Also, the sex is connected and healing and hot. So that’s a win.

Recommended for readers of sports romance, readers who like urban-set contemporaries, and readers who sweet characters finding home in one another.