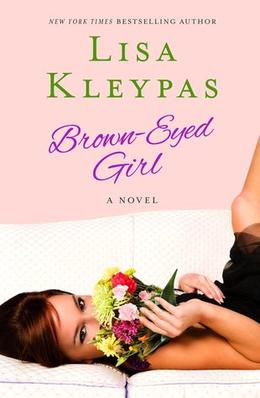 Avery doesn’t believe in fairy-tale romance. She simply knows it isn’t in the cards--not for her, at least. Avery’s life has been one long lesson in lost trust, between a failed engagement, a father seemingly incapable of monogamy, and a mother who couldn’t ever seem to see Avery as anything but an extension of the man who had broken her heart. Avery trusts rarely and doesn’t let anyone get too close, with the notable exception of her business partner and half-sister, Sophia, and that’s just the way she likes it.

Sponsored links
Sophia, having fled a man who tried to control her and a mother who actually succeeded in doing so, is just as damaged; so it’s ironic, in a way, that the two have started one of Texas’ most promising wedding planning services. Sophia and Avery spend their entire lives planning the fairy tale endings to other people’s love stories. It’s their job to sell those stories, to make the whole guest list believe them as thoroughly as if they’d been thrown up on the silver screen by Walt Disney himself. Thankfully, despite their backgrounds, Sophia and Avery are damn good at what they do. So good, in fact, that they’ve attracted the attention of their most high-profile client yet.

Brown-Eyed Girl is a sweet and tightly-plotted love story that plays with a lot of the standard tropes of romance marriages. The fairy-tale wedding, the secretive pregnancy, the jilted bride and the unwilling groom all make their appearances, although not necessarily in the way you expect them to. Kleypas gives us a window into Avery’s world that is as bizarrely fascinating as the telenovelas that she and Sophia are addicted to. When weddings are your bread and butter, after all, you’re going to see a little bit of everything.

Avery and Sophia are perfect as the cynical but unabashedly co-dependent sisters who stumble (almost unwillingly) into love. While Sophia finds into love where she wasn’t quite expecting it, Avery steals the show when she is ambushed by Joe Turner, one of Texas’ most eligible bachelors.

Joe has it all. Money, name, good looks, hidden artistic talents, a deep-seated love of large-assed women: if I didn’t know better, I’d say he was hand-designed by a lady with a keyboard somewhere. It takes him all of fifteen seconds to decide that Avery is what he wants. What Joe Turner wants, Joe Turner is used to getting, Avery’s hangups bedamned. He never gets outright pushy, though. He’s more of a “gently ease them into it all” kind of guy, persistent and charming, only sticking around because Avery refuses to outright reject him. For all that Avery keeps telling herself that she’s already had--and lost--her shot at a happy ending, she can’t seem to quite tell Joe to get lost, and so he plays in the grey area, trying to help her find the confidence to take what she so clearly wants.

Brown-Eyed Girl is, in total, two love stories and one love story gone terribly awry, which I rather like. It’s good for a romance to have a lot on the ball; it helps keep the main story from getting immersive to the point of irritation. We read our romances for the leads, certainly, but since there are only so many ways to keep Manly Hero and Ladylike Heroine apart, we all know it can get frustrating to watch. (If I have to read one more plotline that could be resolved with a simple, adult conversation, I might scream. Seriously, dudes and ladies: without very serious outside interference, smashing your private areas together should only be so complicated. ) A couple of compelling sub-plots really helps keep the story moving nicely. Kleypas manages to gives us plenty of drama to chew on without descending into absolute absurdity, and while the novel dips briefly into the maudlin, it quickly gets back on track.

There is a strong, overarching theme here about family, as well: the one force in everyone’s life that can be just as redeeming as it is damaging, the only people whose approval we’ll fight for even knowing that they don’t deserve for us to care. Every character in Brown-Eyed Girl has, at some point, been deeply hurt by people they truly loved. Parenting is one of the most difficult jobs anyone is ever asked to do, and Kleypas manages to convey the hope, the fear, and the absolute burden of trying to turn a child into a functioning adult. She also, more pointedly, illustrates the far-flung damage done by people who approach such a task with only their own ends in mind. From Avery’s feckless dad to a scheming villainess of a socialite, readers are treated to a full spectrum of bad parenting, and an intimate portrait of the adult children that such carelessness can create.

When the novel opens, Avery and Sophia are intelligent, capable, blossoming young talents with minds for business and clear ideas of who they are--straddling the gap between “too busy for romance” and “too damaged for love.” Watching them decide who they want to be, rather than simply letting life decide on their behalf, is both entertaining and endlessly sympathetic. While I’m not 100% on board with some of Kleypas’ little decisions (two quick asides: no one as vehemently practical as Avery is going to paint a dog’s nails. I refuse to believe this. Also, your portrait of New Yorkers is like a bad Amy Schumer sketch. I realize it’s supposed to provide contrast to Joe’s folksy Texan charm, but, like, girl. Tone it down a notch), overall, the novel is sweet and surprisingly entertaining. Avery and Sophia are delightfully entertaining, and you’ll enjoy their company.

I almost forgot the smut! I’ll be quick and informative: the smut is there. It is very smutty. Nipples are played with and man-parts are stuck into lady-parts in a way that is universally satisfying. Sexy times, all the time, for everyone! You will enjoy those bits. Grade-A wank material.

Brown-Eyed Girl (okay, last one, I swear: was that really the only title you could come up with? Even a bad wedding-based pun would have, at the very least, been original) is a sweet, endearing romp of a novel. While Kleypas’ novel isn’t without flaws, those hiccups are negligible, and the overall work is an enjoyable adventure. Visiting Avery and Sophia in the high-octane, often ridiculous world of big-budget weddings and sexy Texan men is a trip that, in my opinion, most readers will enjoy taking.