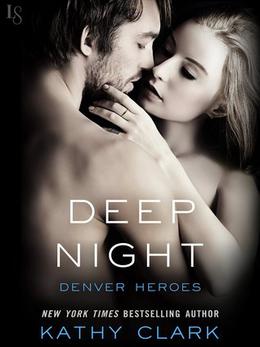 Before we get to anything else, chickens, let’s get this out of the way. HUGE trigger warning on this one. Sara, the heroine, is a survivor of childhood sexual abuse by her father and the prologue to the book describes the initial act. It’s detailed and readers who have issues reading about such matters should take warning. If you want to read this story (and it is a wonderful redemptive story) and you hate reading things where children are abused, skip the prologue and dive straight into chapter one. All you need to know is that her father is history’s greatest monster and should be skinned alive and dragged behind a tractor over hot coals.

Sponsored links
Now that we have that out of the way, let me say I really liked this book. I connected with the characters and was rooting for their happily ever afters. It clearly comes as part of a series – the other brothers are mentioned in that way where you know they had their own books but these also clearly work as stand-alones. I never felt lost or confused. Plus, the brother seem really fun! Anyone who reads my reviews knows close knit families are like catnip to me and this lot fits the bill.

The plot is thus: Sara and Chris knew each other growing up – living next door to each other in the Denver suburb of Parker. Chris went off to Afghanistan as a medic and is now back in Denver working as a first responder while going through med school. Sara has never left Colorado – saying at one point that she had actually never left the state before in her life – and serves as his trainer during his first six months as an EMT.

At the beginning of the story, Chris needs a room and Sara conveniently has one. Making it clear to him that nothing would ever happen between them - even though us readers know better! – she agrees to rent him a room. The journey to HEA is delightful and well worth the trip. I plan on adding the other books in this Denver Heroes series to my TBR.

The main theme of this book is that things in your past affect but do not determine your present. For Sara, that is centered around her father. As she works through her memories and finds redemption in her sexual satisfaction with Chris, she begins to understand for the first time that her father was a sick fuck and what happened was not her fault. You can almost see the shackles she’d had around her soul of shame and fear melt away as she finds hope in the trust she already has in Chris.

Through this EMT job, Chris ends up meeting a fellow vet who is having serious trouble transitioning back into civilian life from Afghanistan. Taking this guy – Miller – under his wing helps Chris exercise some demons, but he also needs to learn that memories only become scars when you give them that power.

I’m a bit of a sucker for stories of returning veterans. I do not care what anyone politically thinks about the war in the United States - supporting the women and men who were sent over there is imperative and we are currently falling down on the job. This book subtly explores some of the most pressing issues veterans face when transitioning back and the desperation they often feel and face. Chris is an example of someone who transitioned well, but his demons are still apparent.

The only thing I didn’t truly connect with in the story was the character of Nick, a DEA agent from Austin sent to Denver to investigate how the city has been affected by the legalization of marijuana. His story felt like it came with an agenda – I get the real feeling the authors disagree with the legalization measures and they wanted a way to make that clear. Some of his dialogue was stilted and odd and I couldn’t quite get a handle on him. I’m thinking he’s supposed to be a spin-off character or I honestly cannot understand what value he added to the story. He doesn’t ruin it really - I’m just not sure why he’s there.

This one is totally recommended for fans of books where the romance seems like a natural evolution of life. The book reads like a slice of life biography in a way – I totally believe there are two EMTs in Denver named Chris and Sara who spend their nights saving lives and their days saving each other and I hope to run into them someday.