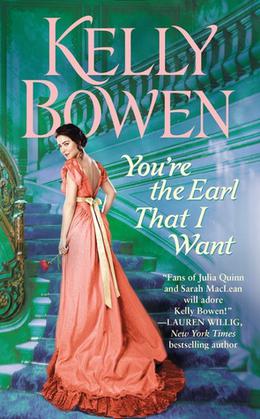 Though this book was well written and had an interesting and mysterious storyline, it missed the mark when it came to the necessary frisson of excitement through sexual desire that could have made it into something extraordinary. That is why I can only give it a strong 3.5 out of 5 rating: because it lacked the combustible material that really would have gotten the reader’s engine going.

Sponsored links
And isn’t that, dear readers, the entire point of a good romance novel?

As it was, I really enjoyed the mystery and foul play that kept the plot moving at a quick pace, but the romantic side of the novel was a bit of a bust because of the milquetoast- like wet blanket the hero turned out to be for almost the entirety of this action-packed story. Ahh, such a missed opportunity...

London, England: it’s 1814 and we meet Joss, egghead extraordinaire, an attractive woman of such advanced age (26 or some such nonsense) that though she has travelled the world, is the sister of a peer of the realm and is fluent in every romance and slavic language known to man, is generally viewed by society as just a failed spinster. A crushing label if ever there was one. Oh dear, how many of us would have been given that frightful title if we lived back then? I shudder with laughter to think of it!

Joss riotously has no time or patience for the fripperies of polite society (think Ming vase between the legs - don’t ask, just read!) and she truly and deeply understands that her high intellect will always keep her out of the circle of the most beautiful and most marriageable, not to mention her extreme old age. But Joss is a delight in that it does not bother her overly much (don’t you just love English prose?) until she comes back to London and sees Heath Hextall again.

Heath, her big brother’s blonde and muscular best friend, whom she grew up pestering and following around like a deranged fan, is the man who still resides in her heart as someone she can truly be herself around. A notion that tugs at my own nerdy heart - I mean, which one of us (self-admitted social egghead as I am) does not yearn to be our absolute nerdiest Liz Lemon-y selves around a gorgeous man who would accept us as we are? Especially if her were tall, blonde and gorgeous as Heath is?

That Joss understands she can never marry and become the miserably bored mistress to a boring house and servants and the kind of boring life that was scripted for an obedient lady of standing, as she is supposed to be, shows us just how intelligent and beyond her times she really is. The only reason we know she can live on her own terms however, is her permissive elder brother and the family’s wealth that allows her the chaperoning she requires to remain unmolested as she moves about the world.

Quite unexpectedly, there are themes of suffering and abuse at the hands of her father, and her now- widowed mother and herself make it their business to help other women stuck in similarly abusive circumstances. This social service aspect of Joss’ family, though noble and altruistic, is kind of thrust into the plot already thick with murder and mystery and does not get its full due. It’s almost as if it is a plot afterthought when it really could have stood as the primary source of intrigue for the book.

Instead, a mystery surrounding the famed Knights Templar is featured, also to great interest and intrigue, and it’s complexities kept my interest for the entire book. Heath comes into the plot when he happens upon an acquaintance, stabbed and dying in the middle of the road late at night. Joss happens upon the scene and the story gallops off from there as Heath promises to help the dying man and Joss shoots their would be killers.

Joss and Heath circle around each other, Heath trying to do what is noble and expected of a man in his social and economic standing - to get married to someone acceptable and docile, and Joss attempts to live life and use her intelligence to help the man attacked by thugs in the street. Heath is dragged almost kicking and screaming into getting involved with the mystery, and as he does, starts to feel himself come alive. However, his awakening comes in fits and starts, and just as we feel the sexual awakening between the two, they both somehow come to the conclusion that they have lost the other.

Heath has only one real true romance novel - sexual hero moment, when he leans close to his lover and says some very, very naughty words to her as they they have their one and only bout of intercourse. Heath, unfortunately, is far, far too gentlemanly for our own good! Now, had Heath been consistently deliciously naughty with sharing his thoughts about bedding Joss, and actually engaging Joss in more than just finger play (the other major lovemaking scene), this book would easily have been a 5/5. But, as with all good things, some people prefer a bit less of the in-your-face sex, and this is a good book for those who prefer a slower pace in that department.

I however, felt that the book would have been better balanced had more, umm, robust sex been included. Because this book has excitement, adventure and mystery, with a pinch of sex and a large dash of romance thrown in, I can safely rate it a strong 3.5 out of 5 stars.