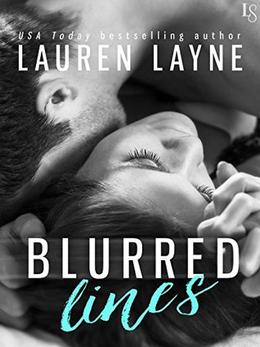 Ben and Parker have been best friends and roommates for so many years that they’re practically an old married couple. They exhibit all the classic signs--debates over house rules, casual bickering, countless nights spent vying for control of the remote, a borderline uncomfortable familiarity with one another’s lives--they may as well be eighty and waiting out their golden years in matching rockers on the front porch. For all their borderline codependence, however, Parker and Ben are adamant that they are friends. No sexy stuff, no deeper feelings. Just normal, platonic, for-the-last-time, please-stop-asking capital-F Friends.

Sponsored links
Even if they made the mistake of hooking up, it’s not like it would work. Parker’s boyfriend Lance is perfect for her, calm, steady and studious, where Ben is a perennial player, less interested in commitment than an easy fling. Parker helps Ben get rid of his one-night-stands from time to time, but she’s not terribly interested in his “love ‘em and leave ‘em” lifestyle, any more than Ben would want the staid, quiet monogamy Parker shares with Lance. Still, the two couldn’t be closer, and they’re there for each other when it counts.

So when Parker finds herself suddenly and unexpectedly single, Ben is there to comfort her while she cries, listen to her while she man-bashes and play wingman when she goes hunting for a rebound, no matter how pathetic she is at picking up men. Coming back onto the dating market with her self-esteem all dinged up and a somewhat serious lack of sexual experience, Parker doesn’t even know where to begin. She’s not thrilled at the prospect of casual sex with someone she hardly knows, but she’s also a human female with specific, and increasingly urgent, lady needs. So what’s a girl to do?

Full disclosure: I have very little patience for the “my best friend is secretly my soulmate” genre of romance. I find it heavy-handed and tacky a lot of the time, with the not-so-subtle message that straight people with compatible fun parts can’t have a functioning, platonic relationship. Thankfully, Layne’s work is so charmingly well done that I can’t help but like Parker and Ben, can’t help but enjoy watching them figure themselves out. Parker’s little stroke of genius gives us a sweet little story and breathes some fresh life into a much-abused genre of romance.

Ben, rather than being a womanizing dick for the first two acts and then miraculously changing his ways just in time for the finale, is an actual, three-dimensional human being. He may enjoy casual sex and whatnot, but he’s far from a mindless, skirt-chasing dudebro. Ben really cares about the people in his life, clearly cares very much about Parker, and has his own emotional nonsense to work through. Watching him decide that it’s high time he outgrew his days of meaningless sexy-times is satisfying and authentic, and a testament to Layne’s ability to craft a character.

Parker is equally engaging, but to be a little unfair, it’s slightly less surprising when the female lead has more depth than “my lady-parts need stuffing, and you’re just the man to do it!” Parker’s had some tough times, and Lance’s sudden departure certainly throws her for a loop, but she’s sharp, witty and tougher than she seems. While she’s relatively inexperienced in the bedroom, we’re never lead to believe that she needs to be “taught” to enjoy herself--one of my all-time least-favorite romantic tropes--or that she’s incapable of taking care of herself. Instead, she’s just a little confused, a little upset, incredibly sexually frustrated, and more than ready to start solving all of those problems.

As a result of Layne’s excellent characterizations, Ben and Parker’s chemistry is just wonderful. The sex is steamy, spontaneous, and delightful. Ben’s a perfect gentleman, in and out of the bedroom, and his hijinks with Parker will keep most readers warm and toasty even on the chilliest evenings. While it’s not the longest or more detailed sex you’ll ever find, it’s certainly worth picking up the novel for.

Parker and Ben’s romance is understated and evolves naturally, and Layne populates their story with side characters that you’ll enjoy (although Ben has a handsy, not-too-concerned-about-consent friend that worried me. I know he was meant to provide a good foil to Ben, but I was hoping he’d get his comeuppance. Ah, well. A girl can’t have everything.)

I don’t think I’m quite a convert to the “best friends turned soulmates” genre; I still think it’s overplayed, and honestly, I dislike the implication that friendship requires matching downstairs bits. Dudes and ladies can be friends! I know this, because despite possessing traditional “lady” bits, I have good friends who assure me that they are fully equipped with both penises and testes. Somehow, we refrain from tackling each other in a sexual fashion. (Good thing, too, because I doubt my husband would be impressed by such a development!) I know it’s a convenient plotline. I know that there are many people out there who nurse secret crushes on their “friends.” Still, it’s less than creative, and generally, I can live without it.

Thankfully, Layne has written an endearing and captivating novel that manages to bring something fresh to a worn-out plotline. Ben and Parker are sweet, compatible and a delight to watch--and their chemistry is something special. For fans of sweet, simple romances punctuated by just enough sex to keep things interesting, Blurred Lines is sure to please.