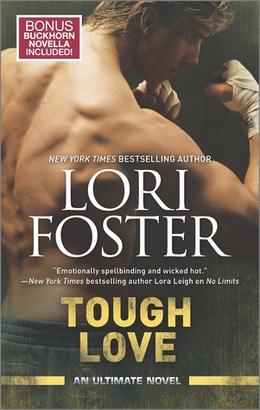 Unlike a lot of people, Vanity Baker knows exactly what she wants. She intends to get it, too: although consider what she wants is over six feet, incredibly toned, and not a huge fan of committed relationships, she has some work to do. Despite her name, Vanity doesn’t think she can get what she wants by simply crooking a finger and watching it come running. While she has her heart set on Stack Hannigan, she knows she won’t get him by simply waltzing up and generally proposing that they smash their happy parts together for, well, the rest of their lives. But Vanity is a lady with a plan, and she isn’t easily dissuaded.

Sponsored links
Though they don’t know it, Stack and Vanity have one thing in common: they’re hiding a surprising and tangled well of emotion under the facade of being cool, detached and put-together. Stack has learned that committed relationships are just a set-up for hurt, and with a flighty sister and aging mother to keep track of, he can ill afford the distraction. When Vanity proposes a night of commitment-free sex in exchange for being his date to a mutual friends’ wedding, Stack would be stupid to refuse. Especially since she follows up her proposal with weeks of teasing--and even more especially since that teasing is a lot of verbal foreplay with no payoff.

By the night of the wedding, Vanity and Stack are practically vibrating with unspent sexual tension. They’re practically tackling each other by the time they finally leave, with Vanity’s Maid of Honor obligations finally concluded, it’s all they can do to not jump each other in the car. Driving through the dark, the promise of a mindblowing night ahead of them, Vanity and Stack could be forgiven for missing the wreck on the side of the road--but they don’t, and thus begins a relationship shaped as much by its interruptions as its private moments.

Tough Love is the latest instalment of Lori Foster’s Ultimate series, which is chiefly concerned with the romantic lives of a handful of MMA fighters working under the same club. While Tough Love doesn’t actually feature a single professional fight, it has enough violence to keep fans of fighting men happy, and enough romance to keep the rest of us entertained. It’s got a sweet but tense recurring theme in which the two leads are constantly being interrupted when they’re just trying to get into bed. Vanity and Stack are so hot for each other that it’s palpable, and every time they’re delayed, you’re left on edge, just waiting for them to be alone together again.  Foster might get a little too gung-ho in her attempts to keep these two apart, at times: it is just a little difficult to believe that this many unfortunate events could occur to two normal human beings in such a short period of time. Still, Foster is just deft enough that the whole effect is tense rather than silly, and readers should find the whole thing fairly gripping.

In a general sense, Tough Love has a lively and interesting plot, but it is nothing if not sex heavy. There are unlikely schemes and dangerous plots, surprise drug dealers and oddly convenient hidden facts. Vanity is feisty as all getout, and she’s easy to love. Every time she and Stack wind up in a standoff, she holds her ground, standing up for herself come hell or high water. Stack, for his part, is sweet and trusting, but stupid in that “Romance Novel Male Lead” sort of way, where he secretly dreams of settling down but has to be quiet about it, because, you know, MASCULINITY. That being said, when these two get down to business, it’s riveting in a “don’t read this in public” fashion that readers will definitely enjoy. Stack and Vanity have a chemistry that is intoxicating, and I’d guess that many of us will be reviewing certain passages again and again over time, for, ah, personal reasons. Trust me--you’ll enjoy every line featuring these two together and sans clothing.

My only significant complaint is that Vanity verges on being a little much, at times. Foster clearly set out to give us a perfect Female Lead, and in doing so, she may have laid it on a little thick. A humble, kind, friendly, independently wealthy artist slash model slash philanthropist may certainly exist somewhere, but I sort of doubt that you’ll meet her anytime soon. She’s like Romance Novel Lady Jesus. La-Jesus, if you will. I feel like I should start praying to her in times of severe trifle. Dear readers, if anyone wants to start making Vanity Baker La-Jesus prayer candles, track me down. I see a lucrative cottage industry in our futures.

While a handful of Tough Love’s cast have already had their stories told, Foster quietly lays the groundwork for several more, and I have no doubt that readers will be anxiously anticipating their turn to read about Armie, Leese, and Rissy, among others. The Ultimate series boasts a cast as captivating as they are agreeable; Foster has done a good job of creating a tightly-knit group of friends with great personalities and riveting stories. You’re as invested in keeping this little family together as you are in seeing Vanity and Stack get their happy ending, and that, to me, is important. Having a fleshed-out, tightly-knit world of characters ups the ante in a way that is both sympathetic and reasonable. It’s one thing when two characters have no mutual commitments to be concerned by; they can just walk away, and no one has to care. But when two characters share close, true friends, watching them potentially f*ck it all up is not only concerning, it’s a little scary.

All told, Tough Love is a sweet, engaging novel. Readers will be charmed (if not a little intimidated) by Vanity, and will no doubt lust after Stack; with enough emotion to keep us engaged and enough smut to ensure an overall good time, Foster’s latest is certainly worth a read.

New Releases The Guest List by Lucy Foley By Virtue I Fall by Cora Reilly
Pre-order now Ruby Fever by undefined The Do-Over by undefined
On Sale Through My Window by Ariana Godoy The Takeover by T.L. Swan
Current Favorites Cosmic Jinx by undefined Farewells and Forever by undefined
Daily deals on bestselling romance books