Under My Skin (Stark International Trilogy #3) by J. Kenner 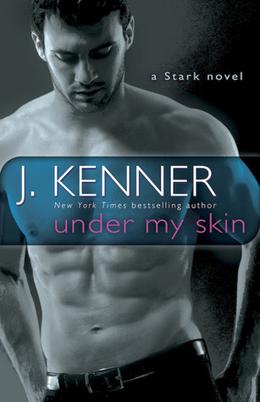 Under My Skin is the latest instalment of J. Kenner’s trilogy, set within the world of her Stark novels. Sylvia Brooks and Jackson Steele are back and more tormented than ever in the trilogy’s conclusion; while their love for each other has only deepened, a new set of challenges is on the horizon. A powerful man has been murdered, one who held many people’s dirty secrets--and Jackson is the prime suspect. With so little standing between them and happiness, Sylvia and Jackson suddenly find their lives torn apart by a police investigation, the tabloids, and the paparazzi, leaving them without a moment’s peace. Worse, Sylvia doesn’t even know if Jackson’s guilty. Could he be capable of murder? If so, is she about to lose the love of her life to a prison cell?

Sponsored links
On top of the murder, Jackson is on the verge of finally gaining custody of his (previously secret) daughter, and no one is sure how to proceed. Sylvia’s childhood was hell. She’s terrified of the mere thought of children, let alone having to actually care for one. Ronnie is a sweet, energetic toddler, the light of Jackson’s life, but an incarcerated man can hardly raise a child; what’s going to happen to her, if it all falls apart?

Kenner’s latest certainly isn’t lacking in melodrama. The whole series is rife with twisted secrets and broken hearts, and Under My Skin lives up to its predecessors. Between the murder investigation, the custody drama, and the demons Sylvia and Jackson face, it’s certainly a page-turner, but one can develop a case of Tragedy Burnout after the third or fourth “how could this get any worse?!?!” moment. You’ve accused the male lead of murder, and given us a child’s well-being to worry about, and a hefty side dish of traumatic childhood secrets, and then you throw in multiple scenes of sudden (all caps are necessary here, I swear) UNRESOLVABLE RELATIONSHIP CONFLICT--it’s exhausting!

The cherry on top of Kenner’s tragedy sundae is the novel’s really odd sense of how conflict resolution works. All of these heart-rending, relationship-ending scenes are resolved before they really have time to sink in. Stuff that would be the basis of a whole novel on its own (questions like, “am I fit to be a parent?” “If I’m going to prison, should we stay in a relationship?”) is brought up and then dismissed almost immediately. As a means of keeping the action going, especially when she’s already given us so much other conflict to deal with, it feels a little cheap. If my significant other left me “for my own good,” you’d better believe that it would take me more than a bout of great sex to let that nonsense go. I would be pissed, dramatic declarations of love notwithstanding, and it would definitely require more than 24 hours for everything between us to be sunshine, rainbows and pony farts once again.

My last bone to pick--honest!--is that Kenner chose a narrative structure that’s jarring and little hard to follow. Sylvia’s bits of the book are straightforward first-person narration, but Kenner hops, sometimes mid-page, to third person for several chunks of the book. I understand and appreciate the need to sometimes illustrate what the other lead is thinking or feeling, but this particular method left me backtracking through paragraphs to figure out what I was reading. It’s generally a good idea to stick with one narrative mode rather than bouncing around, even if it means using the old “title each chapter with the narrating character’s name” trick.

Now, all of that said, Under My Skin  offers some excellent characterizations and a plot that is densely-packed with both action and smut. Jackson and Sylvia’s sex life is just barely on the polite side of kink, at least in this novel particularly, and is even more explicit in the previous novels. It’s hot and full of chemistry, with plenty of wank material of fans of broody, dominant men and ladies who live to please. When they aren’t trying to dramatically leave one another, Sylvia and Jackson have a difficult time simply keeping their clothes on, and Kenner definitely knows how to write a sex scene. It’s very dirty, delightfully frequent and nothing if not detailed. That being said, if dominance isn’t your thing, you may want to give this one a pass. It’s definitely not vanilla.

Overall, Under My Skin will be a must-read for fans of darker romances, plenty of melodrama, and quick-tempered, dominant men. While the conflict may be laid on a little thick, and the prose stumbles in places, the novel is an entertaining, sexy read, and previous fans of Sylvia and Jackson’s shenanigans will not be disappointed. Kenner knows how to write a romance that’s fast-paced and full of smut--with a few genuinely sweet romantic moments.