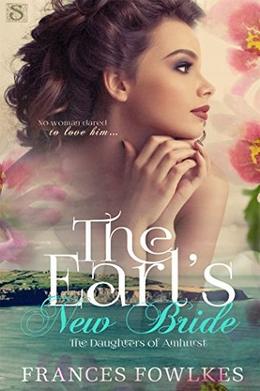 Lady Henrietta Beauchamp should have no problems snaring the husband of her dreams. Her womanly curves, decent family background and generally good manners should be more than enough for a Regency lady to find herself betrothed, and promptly at that. However, Henrietta has her eye on one man in particular--the new Earl of Amhurst, inheritor of her father’s estate and title. The previous Earl may have been a loving father, doting husband, and capable landowner, but he never managed to father a son. So, following her father’s death, Henrietta, her mother, and her sisters have found themselves suddenly and sadly torn away from their childhood home, Plumburn. If Henrietta can’t maneuver an engagement to the new Earl, her father’s memory, and her beloved home, will be lost to them forever.

Sponsored links
Simon Devere, however, has other plans. Despite being the newly titled Earl of Amhurst, Simon has a tainted reputation and a troubled past. He’s been burnt before, and the last thing on his mind is a “love match.” All Simon wants is a bland, pliable woman to marry and sire children with, one who will stay out of his way, and if at all possible, improve his societal standing. Freshly exonerated from the murder of his lover, the new Earl needs to smooth over his prior scandals with a sensible marriage to a lady who is well-titled but, frankly, a bit desperate. At the prompting of his best friend and confidante, Simon hatches a plan.

So Henrietta, her sisters, and a bevy of suitable young women find themselves hosted at the expansive Amhurst Estate, all in the rather less-than-dignified position of jostling for one man’s affections. Unfortunately, Henrietta is cursed with the painful combination of a sharp mind and stuttering speech; both defects that, her sisters take pains to remind her, don’t exactly top a young man’s list of desirable attributes in a wife. Henrietta’s sharp intellect and love of plants don’t exactly put her first in the running for the Earl’s hand, but our heroine is no slouch. She will find herself engaged if it’s the last thing she does. With the sudden spate of poisonings at Plumburn, however, it very well may be.

The Earl’s New Bride is a terribly sweet little novel. Only a couple hundred pages long, which is almost (only almost) disappointing, because you could hang out with the stuttering but smart Henrietta for ages. I suppose my only substantial complaint is that I want more--Henrietta is pretty well fleshed-out, and the mysterious Earl gets a decent chunk of backstory, but the novel would have only benefited from giving the rest of the characters more “air time.” Henrietta’s sisters and mother, Simon’s friends and former lover, all could have been explored much more thoroughly. I especially wish we’d delved further into Henrietta’s competition. They’re supposed to be these sort of shallow, monstrous young women, and it would have been entertainingly awful to see them really live up to the stereotype.

It has all the trappings of a good social intrigue--a mystery, ladies with mild injuries being put to bed with much pomp and circumstance, a vague illness, a tumble in the mud that only the heroine has the guts to laugh at--not to mention the eternal question of who will propose, and when, and to whom.  There’s even a spirited amount of well-intentioned but misguided meddling. Henrietta’s love of herbs comes across as almost witchy, with her “blends” and remedies; lucky for her, then, that the novel isn’t set in an earlier era or a less-wealthy social circle.

The mystery isn’t really too mysterious, since it’s fairly easy to figure out, but it’s a good story nonetheless. The tension comes more from “when is this person going to get caught?” rather than “who could it be!?” The stakes are high: Henrietta isn’t just vying for a titled husband, she’s vying for the future of her father’s estate and her childhood home. Plumburn is more than a beautiful country home; it’s the place where Henrietta’s father raised, doted on, and encouraged his daughters and wife. The late Earl is another character I wish we’d got to know better, but it’s implied that he was a kind man who didn’t let his lack of sons make him bitter or unkind (or let his bounty of daughters drive him to drink!) The new Earl’s deliciously twisted backstory is all high tragedy and whispered secrets. Although his acceptance back into society is handily glossed over, considering that a good third of the novel revolves around his need to marry a lady with enough familial influence to smooth over his past transgressions. Likewise, a devilish brother is mentioned but never makes an appearance. Where are you, evil brother!? Come cause some drama!

The Earl’s New Bride is not terribly smutty, but I sort of prefer that in a Regency romance. Realistically, the upper class were not just stripping down and bumping their baby-makers all willy nilly. Good Regency romance is slightly shallow. It was a shallow society, more preoccupied with marital status and social appearance than anything else; the key is to capture that shallowness in a way that’s both sweet and satirical.

Overall, Fowlkes’ newest novel is a sweet but brief peek into a charming little world. Readers will enjoy Simon and Henrietta and their unlikely romance, and lovers of smut won’t be completely disappointed--for fans of historical romance, this is a fantastic way to burn an afternoon with a glass of wine and some slightly wicked thoughts.