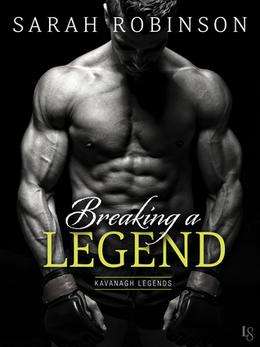 Rory Kavanaugh was a womanizing, cocky young fighter. He had every reason to be: an MMA fighter at the top of his game, son of a family that may as well have been local royalty, plenty of money, looks, and charm. Overconfidence is a dangerous flaw for a fighter to have, however, and in the space of one, fateful moment, Rory pays the price, his knee destroyed along with his budding career. Months later, Rory is still a shell of his former self, leaning heavily on illicit painkillers and a small ocean’s worth of whiskey to get through the day. He’s an utter wreck, and his family can only watch, disapprovingly but quietly, from a distance.

Sponsored links
Claire fled to New York for a fresh start. She left California behind and with it, a checkered past and too many secrets. Working as a bartender (by lying on her application, of course), Claire intends to just disappear into the crowd, stay unnoticed, just another face in a city of so many faces. Until, of course, she catches Rory Kavanaugh’s eye.

There’s a spark there, but the two of them are so damaged, and so tired, that it’s hard for either of them to imagine that they might manage to make something work. Somehow, though, they manage to fight through the distrust, the emotional exhaustion, and the fear to find the softer sides of one another. Claire begins to trust again after all her years of heartache; Rory realizes that the drugs and booze are keeping him from the world rather than protecting him from it.

But just as they begin to make it work, trouble rears its ugly head. Claire finds herself on the run again, leaving Rory devastated and wondering if any of it--putting his heart on the line, giving up his vices--was worth it. Can they learn to trust each other again? Or is it simply too late?

Robinson’s Breaking a Legend is the inaugural novel in a new series, and it’s a sweet little story. Rory and Claire are both genuinely likeable and terribly human, veering away from melodramatic “do you/don’t you love me” scenes in favor of a relationship that develops naturally and gently, marred only by the problems everyone has. Lies, secrets, weaknesses--whether or not you’ve got a psychopathic ex on your tail, these are the dealbreakers anyone can sympathize with. In romance, it’s so easy to focus on the soap-opera plotlines rather than these more simple but certainly more empathetic themes, and Robinson does a good job.

Rory, especially, is a commendable portrait of a troubled man with his heart in the right place but plenty of demons to keep at bay. The whole Kavanaugh clan is rather sweet, a whole menagerie of strong personalities whose intensity is tempered by their love. I’m looking forward to getting to spend more time with them as the series progresses, especially his mom. I know she’s not exactly a sexy young thing, but she’s sweet and funny and I enjoy her.

Additionally, Rory’s relationship with his rescue dog, Ace, is (pardon my improper English) “squee-worthy,” especially with all the parallels drawn between the hard-fought, worn-out mutt and master. There’s a general plot undercurrent of dog love in Breaking a Legend that is beyond delightful, and fans of our canine counterparts will absolutely be thrilled. Clare is desperately trying to be a vet, and their mutual love for Ace’s much-abused, ugly mug is a cute way to draw them together. An accurate one, as well: personally, I don’t trust anyone my dog doesn’t like. It’s just a good rule of thumb. Or rule of paw, I suppose.

As for the smut--what, did you think we were all here for the hand holding?--Robinson does a pretty good job. Claire and Rory have an admirable on-page chemistry that expresses itself in plenty of long, detailed, and fairly captivating sexy times. Weirdly enough, I found myself very much enjoying how “vanilla” they were when bumping their baby-makers; maybe I’ve just read too many novels that took an abrupt left turn into Fetishville without warning, but it was nice to just read scene after scene of hot, engaging, normal-as-hell boning.

Overall, Breaking a Legend isn’t the most original or subversive romance to cross my desk, but it’s certainly one of the more endearing. Rory and Claire’s story is sweet without being soapy, and Robinson had lined up a whole family’s worth of attractive young men to follow in her upcoming works. For fans of simple and sexy romance with relatable leads, plenty of smut and a lot of heart, Breaking a Legend is sure to please. I recommend pairing the novel with a fleece throw blanket, a bottle of wine, and a cuddly canine friend on a long autumnal evening.