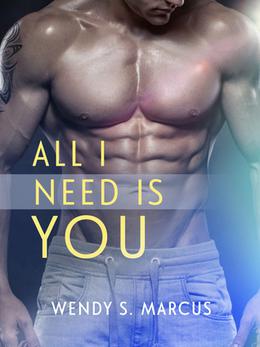 I was in 2nd grade (P3 for anyone outside the U.S.) when the United States did whatever we did with Saudi Arabia in the early 90s. Our school was close to the U.S. Naval Academy and several of the units deployed for support were stationed there, so we became pen pals with one of the unit. I wrote to a girl whose title and last name escape me at the minute because I just called her Laura. Laura and I wrote back and forth for nearly six years. I learned all about the Navy and she learned all about life in suburban Baltimore. I have no idea if Laura found it to be a chore (I hope not!) but I loved it.

Sponsored links
I tell you this story because our book today is also about military pen pals. When our story opens, Rory is deployed and Neve is his pen pal. As she’s a full-grown adult and not a 2nd grader, her introductory letter is a little saucy and a whole lot flirty. Rory responds in kind and their relationship blossoms. When he returns stateside, he finds her - not in a stalker way - and they go from there.

The pacing of this one is a bit of a mess, so some things happen too quickly and some other stuff is never really explained. It’s enjoyable for sure and I love the hook of the dirty pen pals, so I’d recommend picking it up, but I’d recommend just going with the plot and not trying to fully understand or analyze it.

For instance, Neve has a past. Well, more like a PAST. She’s an acrobatic dancer with an exercise/stripper pole in her bedroom and has heretofore used her body as the primary point of contact in relationships rather than her heart. She has a complicated relationship with her family that plays a big feature in this story and all leads to the plot feeling like a bit too much. Saying that, we all know humans who always have too much going on, so I’m not saying it’s not realistic, I’m just saying it feels unmanageable as a plot at certain points.

Rory, for his turn, is one of the most sterotypical Boston Irish Catholics who ever Irish Catholiced. His family runs a bar, his mother wants him to marry a nice Irish Catholic girl and his siblings are all named names from Wolf Tones songs. He enlisted in the army right out of high school to get the heck out of Southie and doesn’t regret it. However, over the past little bit, the combat has worn on his soul.

The letters from Neve have been balms to his soul and he is anxious to move their relationship from one of letters to one of full-time life. She is more hesitant to make that transition, even though she clearly loves him and wants to be with him. This is a classic case of someone’s past relationships wreaking havoc on their present ones.

Trigger warning wise, readers should be aware that towards the end of the book, Neve is put in a situation where her ability to consent or not to is ignored. While she is not raped, she is assaulted and rescued before the rape happens. Particularly interestingly, this is done by a gentleman she has had sex with before who doesn’t seem to understand that relationhips evolve and that Neve is allowed to say no now even though she said yes in the past. Poor lad is quickly put to rights by a fist to his jaw, but not before Neve is shaken quite badly.

As I said before, I enjoyed this book! I tore through it in a few hours, which is always a good sign for me and a book. I enjoyed the different angle on the relationship and I’m usually up for a story which involves returning vets from active duty. There’s a very deft handling of Rory’s PTSD in this story which I’m sure required careful research and handling. The idea of sex as a piece of someone’s trauma treatment is not explored nearly enough in novels, if you ask me!

Anyone who enjoys romance novels between complicated people desperately trying to trust but are often too scared to, make sure to pick this one up!