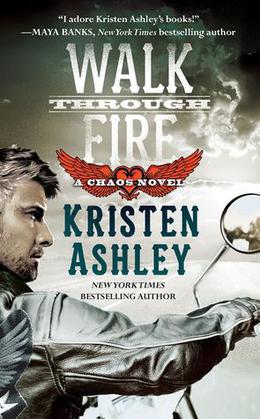 Though this book is about 100 pages too long, one can’t complain when given such a rich, earthy coming together of two lovers separated by the best of intentions, but wracked with the deepest of heartaches. Twenty years of going through the motions doesn’t stand a chance when a burrito (yes, I said a burrito) brings crazy hot sex and deep, passionate love back together for a super combustible reunification of bodies and souls.

Sponsored links
Millie and Logan were young lovers once upon a time. They shared the kind of instant connection that had them feeding each other, finishing each other’s sentences and fucking like there was no tomorrow. Though Logan was an active member of a motorcycle gang walking a shady path, and she was a ‘good girl’ on the road to college, their respective parents and siblings were all won over by their love and utter devotion to one another. So Millie became the quintessential biker mama to Logan’s hard-assed biker man and after three years of blissful loving, suddenly it ended.

Ms. Ashley keeps us waiting and waiting to find out the reason why things didn’t work out between Millie and Logan. Sometimes the slant is that he was responsible, but most of the time the slant is presented as Millie being the destroying force. For the first two thirds of the major portion of the book, we’re kept in suspense as to why such a perfect love burned out so badly. We are treated to various flashbacks as the now 40 year old Millie has her world pulled out from under her when she happens upon Logan ordering a burrito in line at the local Chipotle’s.

Millie literally leaves in a tizzy - heart racing, mind panicking and emotions crashing. All we can know is that this man was THE man in her life who has never been replaced. Not by a blind date, not by a quick pick-up and not by some other man in-between the years she has been without him. Millie, you see, has remained unmarried and childless. So when we find out that Millie has been celibate (save for her sex toy) for the years she has been without this man, it kind of stuns you that something major must have gone down.

In the Chipotle, she overhears him talking on the phone and realizes that he has an ex-wife and a couple of kids. That seems to decide things for her. Convinced he must be happy and settled in his life, Millie figures that the time has come to find Logan and apologise for what happened all those years ago. So she re-enters the biker world of the Chaos Motorcycle Club and tracks Logan - now known as High - to an outdoor music and bonfire night. The first encounter between them is built up so that the tension, the wanting, the hunger will make you want to literally explode when Logan finally ends their few tortured words with the best grudge fuck I have ever read. And Millie takes it because she will take anything from this man if it means she can have her hands and mouth and heart close to him.

The designated roles of males and females in the world of Motorcycle Clubs is really put under a microscope in this book. With Logan and Millie we are treated to a best case scenario study of a MC relationship - the textbook version of how a Motorcycle Dude and his Motorcycle Mama should love and respect one another. Millie gives because she wants to give, and in return she gets...and gets quite a lot return. And so the cycle goes - the more she gives - of her love, her appreciation, her efforts, her sexual loving...the more she gets back from Logan by way of respect, admiration, taking the garbage out, mind-numbing cunnilingus and protection from all of the baddies in their world.

The baddies now seem to be on the fringes, as Chaos has gone legit and even partners with the local cops to keep any scum (like they used to be) out of their Denver area. Now, Chaos operates as a Motorcycle Club, but more like a 0.25%er then a 1%er type of club. While they do have the rare ace up their sleeve for really nasty stuff (like when an old lady is at risk of being harmed) they generally keep their noses clean and their income legit. I won’t give away much more than that because otherwise the book won’t be as interesting if I do.

Walk Through Fire lives up to it’s name as the reader is taken through the hell of both Logan and Millie’s lives in a thorough and gut wrenching way. You will re-live the pleasure, the pain and the story of unbelievable redemption these two lovers go through (as well as some of the most solidly written sex I have come across in a long while!!). This is real people love and sex for people who like sex, if that makes any sense. There is no ‘lying back and thinking of England’ taking place in this book. There is sucking and fucking and swallowing and licking. Both Logan and Millie enjoy sex in all of it’s various incarnations and forms, and they aren’t shy about letting each other know it - which is a bonus if you like dirty talk.

The extraneous 100 pages that I mentioned earlier has to do with this being a very long novel - almost 400 pages on my Chromebook as a pdf. Really, this could easily have been a complete, well written standard 200 page romance novel. A fantastic section about Millie meeting and trying to win over Logan’s kids with mixed results was a great way to take the romance a step farther into the world of reality, which alone would then have made this a superb 300 page romance novel. But as an almost 400 page tome, it kind of overstayed it’s welcome with an unnecessary plot diversion that only served to reinforce what we already knew - that Logan loved Millie enough to let his love triumph over his need for vengeance.

A very well written book that gets at the heart of some very deep emotions and some extremely excellent sex deserves every bit of the 4.5 stars it gets. A little bit of fine-tune editing would easily have catapulted this book to a 5 out of 5 star rating.