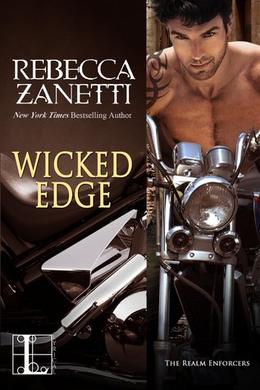 Pals, I was so torn on this novel. Everything that was human about it ­ the emotions, the intrigue, the suspense ­ I was in for. The writing is gorgeous, the plotting is perfect, and the character development is fabulous. And then there would be a line about how the coven needed something or about how a purebred demon is rare and swoooooooosh, I was taken right out of the story.

Sponsored links
So this one is a classic “good for her, not for me” book. If you are a paranormal fan, if you love things with spells and powers and witches and supernatural intrigue, then get this book. Seriously. Things I think you’ll like about it ­ the mythos is rich, the powers of each character make sense and aren’t just used for tropes (and by that I mean they’re not mcguffins with no consequence), and the doors open for future happenings seem like they’re making the world both bigger and more manageable.

Things I did like about it ­ the romance was believable and built well. I liked the surrounding characters and the sex was written fantastically. If I take the demon element out of it, the intrigue is great and the plotting is tight. The heroine is hands down one of the strongest, most badass heroines I’ve ever read. I constantly wanted to be in her head, to know what she was choosing and to follow her. Cee Cee puts other romance suspense heroines to shame, y’all. And on a certain level she’s worth the price of admission alone.

I honestly don’t know my issue with paranormals, pals. I wish I did. I love Supernatural, but I’m not a huge fan of vampire movies like Underworld, etc., so if something comes across like the Winchester brothers I’m more amenable to it. I don’t get interspecies romance and I’m not super into the whole ‘but I’m immortal and you’re not’ thing that Twilight peddled so strongly. This romance is between two immortal paranormal creatures, so that’s out of the way, but there was so much other stuff ­ her being a demon, him being a witch, blady bla, that I just couldn’t care about. That, as I’ve said before, is completely on me. I can’t see anything wrong with this book ­ it’s just not for me.

Romancelandia is a diverse village and I love the idea that there are as many side streets to it as there are. I love that happily ever afters can come in a huge variety of ways and with various creatures and humans. As far as I’m concerned, as long as your favorite side street doesn’t harm anyone else, as long as it represents consensual, informed relationships, then rock on. Enjoy. I’m happy to dander into new territory every once and a while ­ and I would recommend that everyone does, because sometimes you stumble onto the most delightful surprises ­ but I’m just as happy to retreat back to my typical choices.

If you’re a paranormal reader and choose this book, will you make sure to comment below and tell me if you liked it? Since this is your world and not mine, I’m anxious to hear if it’s as well done as I suppose it is. The Goodreads reviews are veritable tongue baths, but Goodreads isn’t exactly a barometer of honesty, so can you let me know?