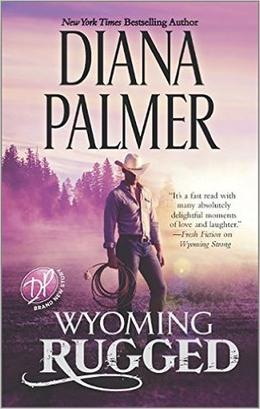 Y’all, if there hadn’t been a mention of an iPad in this book, I would have sworn this took place in 1955. The book opens with our hero saving her from a rape scene that is so ham fistedly treated I cringed. Blair ­ our mega rich Alpha ­ is older than Nikki and is actually friends with her father ­ but not her father’s age. I’m going to say he’s in his early 30s and her dad is in his late 40s, so that kind of situation. When she admits to him she’s a virgin (and why that revelation was made or was necessary is unclear to me), he praises her in such a way I expected John Wayne to take over dialogue in the next scene. Like, real talk, if you can find me teenagers who talk like NIkki does in 2015 (because she’s in college during the opening), I will buy you a car. The dialogue was straight outta Beach Blanket Bingo.

Sponsored links
Years pass. Blair gets married to a cold hearted bitch who is so two dimensional, she cannot be anything but a plot device. Cold hearted bitch is only into the marriage for the money so it eventually breaks up, leaving Blair to get so blindingly drunk that only Nikki and her virtue can save him. This is on her graduation night, which he misses but didn’t want to because he’s either in love with her or feels oddly paternal/brotherly towards her and both of those options are problematic at this juncture. Their relationship was a whole lot of telling me without showing me ­ Palmer kept telling us that they had this connection, but none of it felt organic and real.

More time passes and they end up getting together, finding happily ever after, etc. Of course they do, as that’s the law in Romancelandia. There’s some obstacles that feel more like tropes than anything else but it all ends well for Nikki and Blair. Pals, this book is fine in so many ways. There are so many women who would love to read this book and Palmer has been around long enough that she has a well established audience. My gut tells me it’s a different audience than the one who comes to blogs to get reviews, but I could be wrong. This whole venture from start to finish felt engineered for my grandmother, who liked to pretend, while she was still alive, that the America of her adolescence still existed and functioned. Thus, in that case, this is a “maybe good for her, definitely not good for me” book.

Westerns are a seriously tried and true trope of novels, especially romance ones, and I have enjoyed many Westerns. (I’m particularly digging Westerns set in the Australian Outback at the minute, which feel both familiar and foreign and oh so much fun!) But the Westerns I’ve enjoyed absolutely make me feel like the events are taking place in the appropriate decade, instead of a rose­tinted homage to yesteryear.

So, dear reader, let me conclude with this. On a very real level, Wyoming Rugged is 100% pure escapism. I don’t believe these people exist and I’m not sure this world does, so it serves that purpose beautifully. I, however, love my escapism with a healthy dose of grounded reality, so this one doesn’t work for me. Could totally work for you and I’d love to hear from you if it does. I’d ask you, however, as an educator, to realize that the worship of Nikki’s virginity is a little odd in supposedly 21st century America where the presence or absence of her hymen has no effect upon her dowry. And if that’s more reality than you’re looking for in a romance novel then ignore me, and I hope you enjoy your book.

Overall, I’d say folks who like Linda Lael Miller may enjoy this one, and clearly any of Diana Palmer’s fans will see this as true to form.