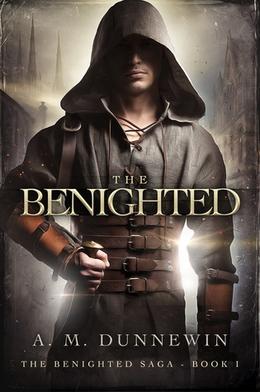 This book is torture. Literally. Of all 174 pages of the book, approximately 130 pages are devoted to the torture of Skylar Mandolyn, last surviving member of a royal family of some far off land. This super-violent focus-of-action calls for a reader with a strong stomach and a penchant for medieval-type torture (though electrocution plays a modernizing role of sorts).

Sponsored links
Though we find out Skylar has only been imprisoned and subjected to three days of minutely described horrific whippings, burnings, cuttings - I’m feeling queasy just describing it for you, it feels like years have passed. Really and truly, this story doesn’t even strike me as falling into the romance category. Yes, There is a love between Skylar and the Knight assigned to protect her, but the growth of any feelings and the limited interactions between the two of them are greatly overshadowed by the puzzling concentration on each and every one of Skylar’s punishments.

This book is all pain, all of the time.

First off, the story immediately struck me as a Game of Thrones rip off. I hate to put it into those blunt terms, but the physical descriptions of the kingdom that Skylar’s family ruled over, the machinations, the suddenness of deaths, the traitors, the evil and scheming advisors...it’s all too familiar and the list gets very long indeed. The Benighted exists in that grey region of a blatant copy and an ‘inspired by’ the Kingdom of Westeros and the Lannisters and their posse of smart yet ruthless advisors.

Cross Lutherus, the truly evil man behind the throne of Skylar’s father, the King, is so obviously an amalgam of Petyr Baelish (Littlefinger) and Lord Varys, Master of Whisperers from Game of Thrones. The style of speech and the wickedly subtle turns of phrase all smack of Lord Varys, while the cruelty and duplicitousness are purely Baelish in an alternate physical form.

Cross Lutherus drives the action in the plot, orchestrating the death (assassination really) of Skylar’s brother so that she will become the heir to the throne and secure an advantageous marriage with their enemies, thus ensuring peace in the kingdom. However, the enemies in question have white eyes (the iris, not just the eyeball) and apparently are humongous asswads as well as being kings of cruelty and destruction. Naturally, Skylar wishes to play no part in this even as her Father takes ill and the kingdom starts crumbling around her.

Her main ally in all of this crazy is Sir Harlin Brien, her personal Knight, assigned to keep her safe at the cost of his life if need be. Clad all in black leather he is reminiscent of John Snow - a man of few words, heart true and cause pure - and he even used to be in charge of a Night Watch!! (See why I just can’t stop finding Game of Thrones parallels?). Harlin trains Skyler in the art of self-defence as he sees more easily than she does how quickly her world is crumbling. He pledges himself and his quiet, strong ways make you wish that he pulls the moves on her and kisses her or something, but to no avail. No shenanigans happen, save for some skin to skin re-warming of Skylar after she falls into a frozen lake.

The entire story is told through a series of flashbacks from the Princess Royal’s perspective while she is held in Prison and subjected to the aforementioned beatings and torture-without-end. This gets rather confusing as the scenes and flashbacks meld into each other as one scream blends into the next and so on and so on and so on and so on. The amount of physical torture and the detail in which every welt and burned blood vessels is described is a huge gut churner.

Somehow, all of the physical hurt is made better by a special salve that can miraculously heal endless abuse, sword slashes and gashes in mere hours and two or three days for the really bad hurts. This is fine in the mythical world they inhabit, but I can’t help but wonder if that sort of ‘ease of healing’ gives a broader license to the author for all of the gratuitous violence inflicted on poor, poor Skyler - because no mortal could ever survive what she is subjected to.

As well, the basic premise of all of the plot action - Skyler being tortured because she won’t sign the marriage proposition sent by her enemies, doesn’t really make a lot sense upon close scrutiny. Why use torture to gain her consent? Wouldn’t it have been easier to drug her and have a sham marriage? Or just forge the marriage documents and hand her over to her groom? So many other options that would make more sense than the endless violence of her punishment and that would accomplish the goal more quickly could have been utilized...but then, I am not the author.

"Don't be disheartened, Princess,"..."You're just another tool when it comes to the games of men." And it seems, dear readers, that we are also tools in the saga of The Benighted. This is only part 1, and we are left with an Epilogue image of the Princess - now Queen, married to Harlin, because, oh yeah, he saves her over the course of seven pages, and she is now hellbent on all-out war with her rivals. Somehow being imprisoned and set upon for three days has changed her into a battle-ready hard-ass of a leader who shows no compunction at murdering the emissaries of her rivals with her own hand now that she is Queen.

I’ll sum up by saying that if you are into really gory fighting and killing scenes and the mixing up of past and future technology (there are victorian-ish pistols, electricity, and wooden sailing ships that have satellite tracking equipment) then this is a book for you. Perhaps the romance of these two allies - Skylar and Harlin will evolve past the heartfelt kiss on the lips that seemed to be the extent of their overt sexual passion as the saga continues and develops - but that remains to be seen.

I had a really hard time enjoying this book. Yes, it is well written- the descriptions are fine, the word choice is also fine, but the violence is very, very excessive for my taste, and I would expect, for many other people. I say this because the violence really became what this book was about, and less so the plot and the characters. If the focus had been reversed, this may well have earned a much higher rating than a two out of five stars.