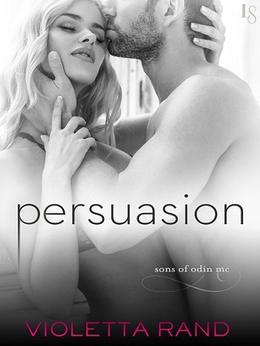 I, as the family lore goes, started reading early. My teachers sent home reports of how I was delightful at storytime, because I could help read and even started recommending books to other kids! (They also despaired because of my complete lack of understanding for mathematics ­ a fact that remains to this day.) So I’ve been in this world of books for a really long time, but I’ve definitely genre hopped.

Sponsored links
I read romance when I was in middle school and high school for sure, but I also read just about everything the library could get me. I started to notice patterns with publishers, but never really paid attention to it. Then I became a professional academic for the past decade or so and a publisher became shorthand for if I could trust the book or not. I got to know acquisitions editors and learning who published what and who was reputable for what. When I finished that life full­time earlier this year and got to devote more of my time to choosing my own books and reviewing for sites like this fantastic one here, I wondered if romance publishing would work the same way.

Y’all, it totally does. Between podcasts and Twitter and just making sure to pay attention, I feel I’ve now got a pretty good grasp on the profiles of publishers and I know which ones tick my boxes. If this is not something you’ve thought about before, I’d encourage you to! Good books are good books whether they work for everyone or not and knowing who publishes what you like, makes it easier to find stuff in the vast sea of everything that is out there.

I say all this because Loveswept, who published this delight we are talking about now, is one of those for me. It’s an imprint of Penguin Random House (which I still wish we were calling Random Penguins and still kind of do in my heart) and I know that even if I’m not going to fully be on board with the sub­genre (as I’m not usually for this book), their sensibilities in dialogue and character development and what tropes to avoid like the plague generally match with mine. I trust the editors and staff there to help me find good books.

Persuasion is no exception. This book is about a motorcycle club and is the first in a new series. Our hero, Lang, is the new head of the Sons of Odin MC, located in Corpus Christi, TX. He’s juggling a lot ­ not only does he have to wrangle a set of Brothers (as the lads in the MC are called, I learned), but he’s been given custody of his three younger sisters and has to wrangle them as well. Particularly challenging is his oldest sister, who is responding to the death of their parents in typical teenage ways.

Enter our heroine, the school counselor recently moved from South Philly. Lilly is one of those counselors who believes in a whole­family approach and frequently works with parents to help their children. There were a few boundary things that twigged with me here ­ Lilly treats Lang pretty cavalierly considering she’s in a client­type relationship with his sister. I’m not 100% sure every choice she made was kosher, to be honest, and it rubbed me the wrong way a few times. It’s why this rating is a 4 instead of a 4.5 ­ I didn’t like how those issues were ignored and not really addressed. But it didn’t knock it too far because none of it hit me as too egregious.

Additionally, and this is tiny, Lilly is from Philly, as am I. The way she talked about Philly in her internal monologue made me feel like it was someone who visited there or read about it on Google, not someone who breathed this city the way Lang breathed his. Other than those two niggles, this thing is fun. Watching the two learn each other and learn to be family, with the sisters included, is great. This was my first exposure to a MC narrative and I did learn so much. I felt like the nuances of that world were treated with respect, but also because Lilly was skeptical, we were allowed to be skeptical too. I appreciated that greatly.

Also, the ending? Bang on swoony.