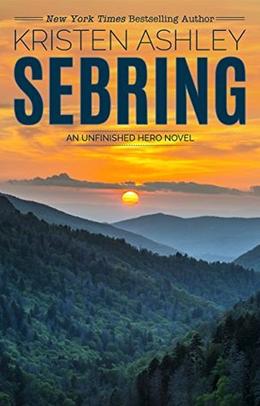 You’d be hard pressed to be a romance reader who likes motorcycles, tough alpha males, and all that comes with those particular themes and does not at least know of Kristen Ashley. She’s insanely prolific, has a bunch of series hopping (her Rock Chick series is how I first heard of her), and people who read her tend to absolutely freaking inhale her work. I’m not a romance historian, but based on podcasts and articles, I think she’s one of the first voices writing these seedy underbelly of the world novels, and is certainly now a big name in the subgenre.

Sponsored links
I’ve said before that all romance is fantasy on some level. The subgenres we connect with are the ones where we’re willing to suspend belief accordingly. For example, I am always willing to suspend belief about small towns where everyone gets along, there’s always a bakery and adirondack chair feature on at least one cover. I live in the world and I’ve lived in small towns and I know that in real life that old lady who knows everyone’s business is not charming or sweet, she’s a total pain in the ass. And usually judgy. But in the book? I love her. See what I mean.

It may appear at first glance that Sebring is a book entirely about suspending belief. A daughter of a drug kingpin and a dude who breathes that world pretty well? Stalkers, faked deaths, torture, un­treated PTSD ­ these are the tent poles of this story. For some folks, I’d imagine these are the things that aren’t real. For me, these were the real bits. Back to that in a moment.

The belief suspending for me had to do with their bond ­ for which “instant” may even be too long a time ­ and the sexual adventures they get up to. Seriously y’all, they do not eat enough protein for those things to be possible, someone should have passed out. The book is probably 50% descriptions of sex and 50% story ­ a balance that I know works well for many readers. The bread­and­butter of my romance novel love has the sex a little more towards 25%, but I do enjoy seasoning it with other works. Thus, if your favorite brand of belief­suspending comes in the form of orgasm count, this may tick your boxes. If your aversion to torture, the coarsest of coarse language and spending time in the part of America we tend to only encounter when watching Dateline is stronger than the love of athletic sex, be aware.

The daughter of the drug kingpin is our heroine, Olivia. She’s part of the third generation of an empire that stretches throughout Denver and north. She’s always hated it, looking for ways out, and even tried to escape once. Her father’s reaction to that (spoiler alert but not really) was not exactly measured or what we could call “proper fatherly”. Since that attempt, she’s resigned herself to keeping her head down and protecting as many people as she can from his wrath. Her sister is in command now, and Georgia seems to relish the family business.

Nick, our passionate and rough­and­tumble hero, has been watching the family for years. He initially woos Olivia to get close to the family so he can take them down. Of course, he totally falls for her (hence the super athletic sex) and so getting her out of the family becomes the highest priority. They have a few bumps along the way to their happily ever after, but rest assured they get it.

I’ve worked with adolescent addicts before, several of whom turned into dealers at various points in their addiction. Their stories were bouncing around my brain as I read this book ­ very little of how the Shade family operates reads to me as fiction. These dudes and these empires and this world exists. It’s insidious and has it’s claws in more people’s lives than we’d like to think. Not only in the U.S., but worldwide. If you’re reading this in Ireland or Northern Ireland, remember that Dublin has become one of the biggest point of both human and drug trafficking in western Europe since the collapse of the Celtic Tiger. It’s on all of our doorsteps. And I’m willing to bet a chunk of change that there are whole lot more Olivia’s ­ caught in it beyond their choices ­ then we’re comfortable admitting. This book should upset us, I’m sure Ashley designed it a little bit that way, but it should not be written off as fantasy.

If you’re a reader who hates the word “pussy”, then this book may be a pass for you. But I’ll tell you what ­ for those of you who aren’t bothered by such words ­ I couldn’t put it down. It’s a rip roaring story with insane sex, a true emotional connection which grows with authenticity and an ending that had me fist pumping with glee. Go Nick and Olivia ­ go live out your joy.