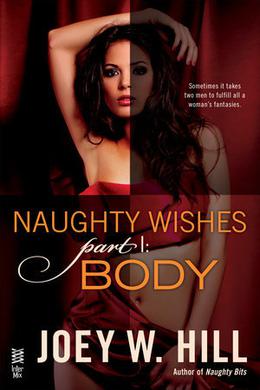 Sponsored links
Geoff, Chris and Samantha are roommates. Geoff is a ALPHA with clear Dom persuasions who evidently looks like Chris Pine, Chris is a bisexual Chris Hemsworth and Sam is the lady who loves them both and wants them both and they’re having a hard time wrapping brains around taht she doesn’t have to choose.

For the action of this bit, Chris is out of town, so we don’t really get to know him. Instead, this piece focuses on Sam and Geoff ­ building their relationship from roommate to sexual partner in athletic and interesting ways. While they both know that Chris will form an essential piece of their puzzle, they both neglect to talk to him about it which causes some ripples when he walks in on them, leaving a giant cliffhanger; if there can be cliffhangers in books that are 90% sexual descriptions.

I find erotica like this, where the plot does not exist outside of sexual machinations, to be super SUPER difficult to review. I find that folks are not willing to venture too far outside their proclivities, unlike in other romance where I may be able to talk them into stretching their comfort zones. I think with erotica, you know what you’re into and what you’re not. If you’re exploring your own boundaries, you know which ones you want to push and which ones are hard limits.

There’s a lot of interactions with a sex shop, Naughty Bits, which I believe (from reading Goodreads) featured in her last series. The discussions in there were a lot about consent and power of a D/s relationship, which track closely with other works I’ve read on the subject. This felt to me like “how the sausage is made” type of story, showing how much thought and planning and negotiations and trust and respect and all that goes into both a D/s and a polyamory situation. The sex was good in it, don’t get me wrong, it was very good, but the plot was a lot of talk about the sex in a processy kind of way. That’s not going to work for some readers and there were bits where it didn’t super work for me, it just felt overly explainy. However, if this thing is going where I think it’s going, building this foundation is going to be key.

I have an academic interest in the maneuverings of a menage/polyamory relationship; the politics of relationship that need to be negotiated fascinate me, which is why I tend to gravitate towards works that involve that dynamic (Sister Wives is like catnip to me), so I’ll be following this series. This book was so much set­up, I’m eager to see where it pays off.