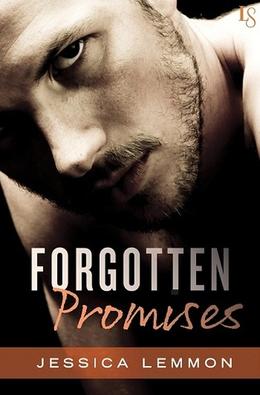 Hot guys are hot, unless they try to kill you. Then they kind of lose their hotness. Right? Well, um...apparently not in this book. I had a hard time with this novel. For a variety of reasons. Most having to do with plausibility and violence.

Sponsored links
Now, don’t get me wrong - there was a lot to like about this book - for example, the lovemaking scenes were gorgeous..the emotional growth and trust were touching...but the whole scenario and much of the action was just...wow..kinda, not really something that the reader could really get behind and believe in until a good third of the way through the story.

It takes that long to learn just how damaged Tucker is as a man. Fresh out of prison, hardened in so many ways - physically and emotionally, it’s easy to see how he makes all of the wrong decisions. Once you learn the true terror of his backstory, it’s even easier to see how he ended up going down the road of criminality before the the age of 21 or 22 (at which point the story we are reading takes place). Tucker is not a character to hate, but actually one who needs understanding - even though a lot of his early decisions and reasoning are just plain old dumb-assed, for lack of a better word.

Morgan, our bouncy 21 year old heroine, is somewhat spoiled, entitled, and immature. She’s what most middle class girls/young women her age are - concerned about boyfriends, their social group and wondering what next exciting event will crop up in their lives. Nothing wrong with this. She’s just never really been exposed to hardship until the night she runs into Tucker at a cruddy convenience store.

Morgan is not vacuous, but she is certainly not concerned with the world outside of her cozy life. Or many of the people who don’t seem to inhabit her safe world. While she remembers Tucker from high school, and the time he saved her from being groped by another student, she really never got to know him. We learn that she’s taken some College law courses, though that information is slightly confusing, as her personality doesn’t really seem to match up to what that endeavor might take by way of effort and focus.

It’s a familiar trope. Bad boy and good girl. Star Crossed lovers. It’s easy to see how a whole truckload of sexual tension, fantasies and scenarios can come out of that scenario. But bad boy Tucker locking unconscious princess Morgan in his trunk to save himself? Kind of goes off script.
And when I say kidnap, it’s not the “run away with me” kind of kidnap, it’s the kind where he actually locks her into the trunk of his car! The kind where he accidentally bangs her head on the trunk and knocks her out cold while doing this. That he feels horrible about it is one thing, but the fact that Morgan has no idea about any of this and actually thinks he means to rape and kill her makes what happens next the implausible part of the story.

You see, Tucker’s logic is that kidnapping Morgan is the only way to get her to come with him. He needs her so that he can explain why he is in danger and he thinks she is the only one to convince her father - a big time lawyer - to believe his tale of sexual abuse at the hands of his father (the local Chief of Police). Heady stuff indeed. He claims he stuffed her in the trunk because he had no time to think of a better plan because he heard police sirens and he had to make a run for it in case she didn’t come willingly.

Now, fear - real terror - is an emotion that squeezes all else out from your brain. It stamps out coherent thought, it impedes rationality, it removes one’s ability to think clearly and logically. Just like that. It happens inn a heartbeat, and what remains is a fight or flight response, a reactionary impulse. When a person is literally fearing for their life, such as Morgan was, unless that person has training to work under such intensely stressful conditions, as Morgan does not seem to have, I find it rather strange that as she comes back to consciousness in the dark, fume filled trunk of Tucker's stolen car, and calms herself within seconds to rationalize all that is going on.

She even has the wherewithal to question whether Tucker really meant to hurt her - even after she was KNOCKED UNCONSCIOUS and is still in the trunk of the car.

The attraction between them begins even before she understands that she is not in any danger. Yes, he is still binding and gagging her, but she still manages to steal looks at his bod. I guess I have come to dislike violence against women (even the accidental violence in this novel) to the point that it interferes with my enjoyment of the story. And while Tucker makes amends later and even drops to his knees begging Morgan’s forgiveness as he realizes the horror of what he did to her, I really wish the author could have used a different method to get Morgan to go with Tucker.

I say that because much of the rest of the book is delicate and sensitive and both characters grow emotionally through their sharing of trust and giving of love and sexual patience. Tucker has NEVER been touched sexually, except in an abusive way, before Morgan guides him through the tentative losing of his virginity. Each makes the other somehow more mature - richer as people, if you will. That could have been the focus of the novel, without such an emphasis on being physically held prisoner for a good portion of the book.

Initially I was going to rate this novel a 2.5 out of 5 stars, but I changed my mind to make it a 3 out of five stars. Though it was really hard to wash away the distaste from the abduction in order to open my mind and really enjoy of the rest of the love story, the author’s note at the end of the formulaic Epilogue, was touching. To paraphrase, she wrote something along the lines that ‘It’s never too late to heal.’, which I believe is an important message - even if it did take a while to come across in the book.