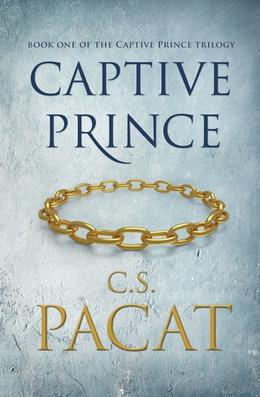 Okay, flat out, this book is fascinating. Absolutely fascinating. I knew it was fantasy, but that is such a broad umbrella. Fantasy could mean hobbits traipsing through Middle Earth or one of Pratchett’s soaring exchanges of wit. I also knew it was Male/Male and it would be the first one of that category I’ve ever read. So, based on the “romance fantasy” tags it’s been given, I had some preconceived notions.

Sponsored links
I’ve also been hearing about this book for a while. It’s one of those that pops up in a lot of recommended lists, from avid romance readers and not. I’ve seen it on the twitter feeds of folks who I know would never classify themselves as romance fans and so I’ve been intrigued.

C.S. Pascat has somehow hit all of my requirements for “favorite types of fantasy” without even knowing me. Are there maps? Yes. Do I need to memorize them to understand what the living hell is happening? No. Are there different countries? Yes. Do I have to keep track of four thousand species of things to get the gist of the world (looking at you, Tolkein)? Nope. NOPE!

The premise is, in so many ways, simple. Damen is a prince in his homeland of Akielos, but his loser despot of a half­brother stages and elaborate murder plot to convince his homeland he’s dead. In reality, Damen has been sold as a slave to their rival country Vere. There, he is sold to their prince, the slippery and secretive Laurent. While Laurent is the rightful king of Vere, he is not in his majority yet and therefore the country is being ruled by his uncle as Regent.

That’s the premise. It’s as human as they come, just set against a fictional world with real­life problems. Told largely from Damen’s perspective, but not his point of view, Captive Prince is a story of two men learning to trust one another and making a thousand small decisions to choose that trust over overwhelming evidence to the contrary. What sets this book and story apart is the sumptuous writing and the rich character development.

When I told my husband, who is a huge fantasy reader, that I was reading a M/M, his immediate question was “what’s the premise for that?” I asked him what he meant and he went onto explain that in every fantasy he’s ever read, rules for sex and relationships in that world are usually clearly established. He told me of one fictional universe he read about where all copulation occurred by the touching of ears, so that’s something. In case you’re curious how I answered him, the rules about sex are thus: Bastards are the literal worst nightmare imaginable. Therefore, cross­sex copulation only occurs in marriage. Any exception to this is insanely risky. Therefore, any dalliances prior to marriage are with those of your same sex. There is no, at least at this point in the story, any conversation about sexual orientation. Everyone is attracted to both sexes or you don’t get any before marriage. This removal of taboos or “normal” in this way is fascinating and plays heavily into the story. There is also a delineation between slaves and pets; pets appear to be exclusively for sexual fulfillment while slaves are more multi purpose.

Damen is Laurent’s slave. They don’t have sex in this book (I’m told it’s coming in book three) but the connection is winding its way through their lives. This is the slowest of slow burn books. If you’re looking for a quick emotional build and a resolved happily ever after, this is not your book. Because of that, I’m hesitant to even classify this first book as romance, but if the series is in its totality, I’m open to having my mind changed.

So far, I’d 100% recommend this book for folks who love fantasy, rich character studies, and deep back stories which come into play. I started book two immediately, and I have a feeling you will too.