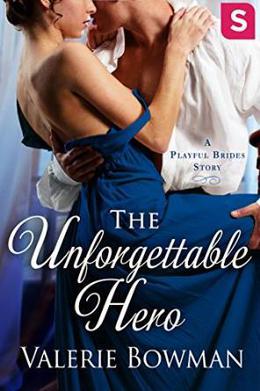 This is a simple love story. Told in a very innocent and sweet way. It reads as an almost non-sexual romance of Victorian appropriateness, with a somewhat immature idea of how attraction and love starts. I could just picture a young lass of fifteen penning this lovely yarn while lounging under a lush green canopy in her backyard, letting her romanticized imagination run wild.

Sponsored links
While you read it, you will note the speed at which various things happen, and while this does not upset the tempo of the book, it is what gives it that immature feel - as if not enough experience is behind the story. In essence, it hits you awhile after you finish digesting it, that this is much like the treatment an author may give to a story idea in order to flesh it out for a publisher. Sort of like a complete skeleton of a major romance, with just a tiny bit of meat on it’s bones.

As the book opens, we meet Cecelia Harcourt - a gifted author who has been thrown upon the mercy of extended relations after the untimely death of her middle class parents. Cecelia has just finished penning her ‘something of an outrageous novel full of romance and adventure’ - hardly the subject matter for a demure unmarried miss!.

Cecelia hopes the money from the sale of this book, and others she can pen like it, will be the welcome boon of escape and independence her and her sister need. Her much younger sister is faring poorly and has some unspecified continuous cough - hopefully not the consumption - but it sounds something like modern day asthma.

Medicines for her sister and freedom from an arranged marriage to her slimy first cousin are the motivators for Cecelia to venture out to a publisher - something of a Victorian era long shot at getting the money they so desperately need. A failure in this goal means Cecelia may indeed have to go through with the marriage hastily arranged to her more than odious cousin.

Cecelia’s only hope to remove her and her only sibling from a life of misery under her obtuse Uncle and fat Aunt (ugh - isn’t this the last bastion of acceptable abuse known to man? Don't know about you, but I’m tired of evil characters being “fat”) is to sell that manuscript - some frippery of a romance about the upper classes. Out Cecelia rushes into the streets of town with her pages bound by a ribbon, when WHOOSH! she is clipped by a carriage and falls unconscious in the street.

I’m sure you know what happens next: heroic Adam Hunt, a military man, sees the accident and rushes to the side of the beautiful young woman laying in the street. He gently and reverently gathers her in his arms and takes her home to be seen by a doctor. Adam himself is just arriving in town after a long time away spying on the continent. He is home to tell his older and titled brother to take his money and the cozy position in the upper ranks of the military he has arranged for Adam, and to go straight to hell.

Adam, you see, is the youngest of three brothers, and, as was quite the bummer, not entitled to any of the big bucks or houses that belong to the first born who inherits. But Adam doesn’t want charity and would rather slug out his future on his own terms. He is just about to make his move when the beauteous Cecelia wakes up, and he finds himself enchanted, with a somewhat bothersome ‘tightening’ in his breeches.

That Cecelia has amnesia and believes herself to be the character in the novel she has written, is something that the local doctor has seen before (shockingly - didn’t know amnesia and assuming a fictitious identity was so common), and encourages Adam and his family to act along with it, so as not to further stress the lovely lass. And just like that, Adam is no longer Adam Hunt, but Cecelia’s aristocratic fiancee.

Certainly the story takes off on a riff almost like a comedy of errors, and this is a welcome distraction from the brief nature of the action. This new development is one that certainly holds a great deal of humorous and amorous possibilities. Alas, the humour is quick and the amorousness fleeting.

It won’t be long before you realize that this is a very tame and chaste romance. That is, until the amnesia bit is wrapped up and Cecelia goes to Adam’s room one night. Suffice to say that not much happens - he wants to preserve her virginity - but then he goes and does a face plant right in her lady parts that is just so out of character for this story that I actually had to stop and re-read to make sure I was following along correctly.

Yep. Face plant. Out of nowhere.

So, readers, what can I tell you? The overall pacing of the plot is quick, the action quicker, and the love happens before you even realize they are attracted to one another. Then, just when you start to relax and enjoy the book as a “clean” romance story, it suddenly erupts in unexpected ways. This was a book I was going to recommend to my young teen nieces, but now I can’t anymore because of the explicit nature of the ‘happy ending’.

This 77 page treatment is a perplexingly enjoyable conundrum.