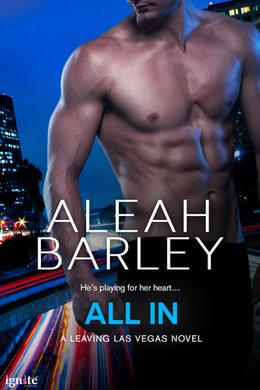 Dear reader, there are a few clear truths of fiction, at least in my opinion. One is that some characters connect with some people and not others. Another is that some tropes scratch someone’s itch and totally turn someone else off. Like Jim Carrey proclaims in the remake of How the Grinch Stole Christmas, one man’s trash is another man’s potpourri. Or, as I have said in so many other reviews: good for her, not for me. The final one relevant at this moment: humor is subjective. I, personally, cannot understand how anyone finds Jeff Dunham hilarious, but he sells out shows all over the world. My husband didn’t laugh at all while watching Unbreakable Kimmy Schmidt, whereas I nearly stopped breathing for laughter a few times. This balance is one of the hard things about reviewing art, I feel. Just because I find something to be “meh” at best doesn’t mean it’s not going to be someone else’s favorite thing since the last favorite thing. Popular never equals automatically good, it means it’s popular.

Sponsored links
Thesis on art criticism notwithstanding, I have no idea if you’re going to like this book or not. If you like insta­love, then maybe. If you found this review from that tag, then I’d say give it a run. If you found it from the Mafia one, maybe, but I’m not versed enough to know if this is a good Mafia story or not. Everything about the writing of this book feels ... fine. This is fine book. It is enjoyable ­ in some moments more than others, but overall, it’s fine. HOWEVER! If we go back to my thesis which opened this review ­ you may love it! And for that, I am thrilled! Yay for people finding books they love even if I didn’t dig the book! I digress...

All In is a story about a FBI agent named Ryan and a math savant named Daisy who meet up during a poker tournament in Vegas. Ryan’s there to catch a few bad guys, Daisy’s there to help a pal out. They have instant chemistry, spend a good chunk of the book having truly incredible sex and then they catch the bad guys in the end. The vibe is New Adult, even though Daisy holds two PhDs and is a college professor. She’s just a little... naive isn’t the right word but there’s a specific breed of kid that was not hyper­exposed to other kids at developmental points and therefore reads younger than they actually are. Daisy’s that way for me. She’s definitely an adult but there’s a few key skill sets missing in how one deals with others.

Their meet­cute is in the first chapter of the book and their happily ever after comes at the end ­ with a week’s time span in between. This may be the key reason why I just couldn’t get behind this book. I suppose that one fighting Mafia overlords may speed up emotional intimacy, but I’m a big believer that love is a choice and one that needs to be made repeatedly and in varied circumstances. I just couldn’t root for these folks.

Other reviews, however, give it vertible tongue baths, leading me to wonder if it’s just something I’ve missed. They write about a edge­of­your­seat suspense with twists and turns and I didn’t feel that. I suppose that if I couldn’t quite get that aspect, then I may have missed the whole point of this thing. Always possible, y’all, always possible.

If you enjoyed All In, then I am so glad. If you read this review and think “this lady has no taste and is nuts”, then I totally get it.