The Bellator Saga: The First Trilogy (Dissident, Conscience, and Sojourn) by Cecilia London 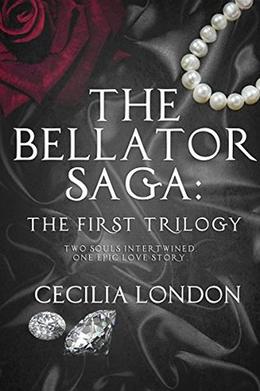 About a year ago, I was sent an email about reviewing a book called Dissident. The pitch said it was a love story set against the backdrop of a dystopian America. Intrigued, I began to read. I think something like three hours passed before I even realized. I was completely in.

Sponsored links
Dissident was then followed by Conscience a few months later and Sojourn a few months after that. I greedily ate up each installment, desperate to know what happened next. I hadn’t been this caught up in a series since I read Hunger Games a few years back and I was so thankful. I love reading, clearly or I wouldn’t be a reviewer, and I read a lot. There is a special brand of magic that happens when you connect with a book that worms its way under your skin.

Recently, Cecelia London has published the first half of this saga into one box set so that people have a chance to catch up before she starts publishing the back half of the series. So this review is broad because it covers three full length novels. I will reveal no true details as I feel pretty strongly you deserve to be as surprised as I was. There have been many, many times as I read these three books that I literally gasped out loud of shock.

Our main character, Caroline Gerard, is a rising star in the Democratic Party. She is a committed, brilliant and dedicated public servant who finds herself tussling with rockstar in the Republican party, Jack McInytre. They’re both slightly arrogant in that way only politicians can be, but both are clearly committed to the betterment of America. They are the love story that ties this whole story together.

The series is told in flashbacks and flashforwards, we get moments of their future paralleled with their past to show Jack and Caroline and how they fell in love and built their lives together and how they came to the gut wrenching decision which opens the book - Caroline abandoning Jack in the woods for reasons we’re not told until much later.

This sexy story of two wonderful, kind, and committed adults is set against the backdrop of a future America that is both familiar and frightening. The government has slowly stripped away the rights of Americans, who are seemingly so overwhelmed by the day-to-day living of life that they don’t even realize what is happening. We find out that the government has become fascist, kidnapping citizens who disagree and making them disappear. Jack and Caroline are poster children for the resistance.

I’ve pitched this to my friends as Hunger Games with adults and a super hot love story and I stand by that. If you’re into dystopian anything, into exceptional love stories, into immersive writing that will steal your time right out from under you, please get this series. I really don’t think you’ll regret it.