The Undoing (Call of Crows #2) by Shelly Laurenston 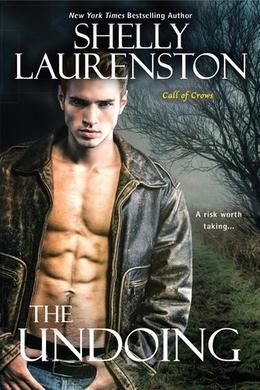 When a book starts off with a woman viciously ripping the throat out of the man who killed her (her asshole husband, no less) you can pretty much guarantee that I’m going to be on board. Add to that a world of Nordic myth and hunky Vikings? Hell, I’m strapped in and have my tray up in the take-off position.

The focus of this book (it’s part of a series, be still my beating heart) is the romance between Jace (a Crow) and Ski (an unfortunately named Protector). Jace is quiet, likes her books, and sometimes goes bat shit crazy and rage smashes through whatever or whoever has pissed her off. She doesn’t fit in with the rest of the extroverted Crows all that much, but I love that they still have a strong bond and live like sisters. She and her ladies are the ultimate squad goal.

When the Protectors commission Jace to translate some books for them, Ski finds that they have a lot in common. Jace really enjoys hanging out with the more quiet, reserved Protectors—even if one of them (Ski) is constantly badgering her. What I like about this book is that the romance takes time to build. None of this, “they saw each other and had to have each other right away” crap (though that can be good too). The Crows and the Protectors have got bigger fish to fry. Namely, an evil goddess who is trying to bring about the Ragnarok.

I’m not wholly against Ragnarok. This is mostly based on the fact that, from what I know of Viking myth, the Nordic end of days will include a cameo from Loki riding on a ship made of fingernails. Marvel has ruined me. Anyways, all Hiddlestons aside, both the Protectors and the Crows decide that if they let this goddess end the world, they’re going to have a bad time. So they opt to work together in order to circumvent this eventuality. Sparks fly!

There is a lot I really like about this book. I liked the sexy Vikings, of course. Ski is such a little shit disturber and it’s great. Jace comes flying at him in a rage and he smiles—actually smiles—cause he thinks she looks cute all covered in blood. (It’s the blood of their enemies, don’t worry.) I also liked that there’s a dog called Brodie-Hawaii, and that Jace’s dog is named after Tolstoy. There are three things I love most in this world: Viking myth, Russian history, and dogs. It’s like this book was written for me.

I also like the diversity of the Crows. You might expect Viking warrior ladies to all be more or less the same, but each of them has their own distinct personality and appearance. It just makes me excited to read more of these books. There are other ‘clans’ too, like Thor’s bumberheads and Mary Magdalene’s wacky murderous nuns (not their actual names). Would I like to see all of them again in later books? Yes, please.

Enough about the series though: let’s talk about the lovin’. I’ve already mentioned a bit about the characters of Jace and Ski individually. Them as a couple, though? I was not disappointed. They each have parts that play off each other, that complement and also enrich their individual personalities. I also found that their story didn’t feel forced. From the beginning, though I knew they were going to be together, it wasn’t an absolute certainty. It made it more interesting to read, that’s for sure. And the sex scenes? Steamy as steamy can be. Score!

I also enjoyed the fact that both of the main characters have their own issues, but they don’t weigh down the narrative too much. The tone of the book is light, humorous. I was engaged but not distanced from the characters because of lack of relatability. No matter how grim things got I could always rely on one of the characters to make me chuckle. I feel like that’s something that’s missing in a lot of these kinds of novels these days. Why do we always have to take ourselves so seriously? Maybe that’s just me, I admit, but clearly Shelly Laurenston knows what’s up.

I am pleased to give this book a 5/5 star rating. Heroines who don’t take shit, heroes who don’t piss me off, and a healthy dose of laughter to boot. What more could you want?