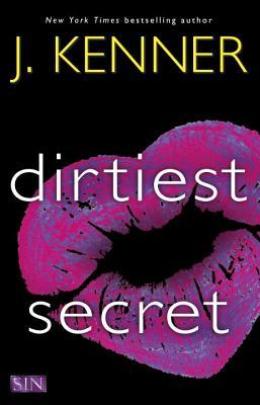 First off, before there is anything else said about this, the title refers to the fact that our two main characters, Jane and Dallas, are in love. While not biological siblings (they’re biologically second cousins at best and share not a single drop of blood), they were raised as brother and sister, but have been in love with each other since their teenage years. If that is a hard limit for your romance enjoyment, then look away now.

Sponsored links
I’ll admit that because of that fact, if this was a book I was perusing on my own, I would not pick it up. However, after reading it, I know it’s legally and culturally incest, but the boundaries between a biological relationship and the one in this book were kept apart enough to not be too much for me. These two were never siblings, have no blood between them and are only legally siblings for a power grab on behalf of one man. The connection that was forged between them was forged between two orphans who were taken in by the same family and then almost immediately sent to live apart from one another.

Their sexual connection was seared into their souls when they were both kidnapped together while in high school. Tortured, isolated, abandoned, they were both returned “safely” to their parents but the events of that period of time have clearly shaped everything about their lives since.

The book is two parallel but intertwined stories for that fact. The first is the story of these two people who were damaged together and can only find healing together. Their journey from isolation to togetherness is breathtaking, but will absolutely make some readers very uncomfortable. VERY. And I have a feeling J. Kenner respects that fully. She does a lot of work in this book to prove that Dallas and Jane are uncomfortable as well, that they realize this is both illegal and unfair, that they don’t know what to do.

The second involves espionage, an international kidnapping ring, and special ops. They clearly intertwine and overlap but if you’re someone who likes both erotica and suspense, and can get past the legal siblings business, this book may have something for you.

Beyond the giant caveat of the legal siblings thing, there is a bit in the book where Dallas tells Jane of some of the secrets he’s been keeping about his treatment during the kidnapping. There’s some seriously deranged sadomasochism in those flashbacks; another element which makes this story not for the faint of heart.

This is the first book in a new series and there is not a lot of resolution in this story. The relationship between Dallas and Jane reaches a plateau of sorts, but the teaser for the next book tells me that they could be knocked off their perch at any time. There is, for the last fifty or so pages of the book, maybe longer, a lot of pseudo-sibling (I am not comfortable calling them siblings and then talking about their sex life, so forgive me for the verbal hula hoops) sex and it is beyond kinky. In fact, there’s a scene with a vanilla ice cream cone where Dallas informs Jane that this is the only vanilla she’ll encounter with him. Christian Grey wishes he was Dallas Sykes, let me just say that.