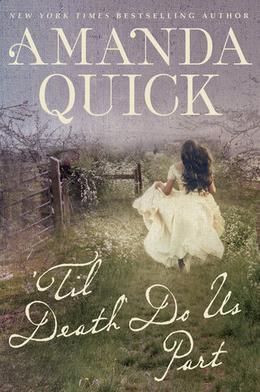 Victorian crime fiction novels are a thing of beauty – think The Moonstone or even Dracula. ‘’Til Death Do Us Part’ is an anachronistic rendering of one. Written from a historical perspective, one could almost get lost in the romance of the temporal setting if not for one thing: a constant glaring reminder that this book is written looking back on a different time period. It is obvious to any reader that the novel is set in this era from the style of speech, transport and household hierarch; the endless nudges towards noticing how bad or different it was to be a woman at this time only serve to withdraw the readers from their reverie in the book back to the real world.

Sponsored links
Now that I’ve got that off of my chest, I’m going to move on to talk about why this novel was ultimately entirely enrapturing. For starters, the male protagonist was physically disfigured, and suffered a great deal as a result of this. I know I’ve just mentioned that I’m talking about positives now, but I assure you I haven’t taken some kind of sadistic pleasure in Trent’s pain. Rather, I felt this was aspect of the novel was incredibly important as most novels dealing with this time period focus on a woman’s physical disfigurement and her therefore ‘unsuitability’ for marriage instead of a man’s. Calista’s ability to see past Trent’s scars to the kind of man he is inside is truly touching and, I believe, empowering and inspirational for those who suffer from a similar condition.

Indeed, the love between Calista and Trent is very engaging. They begin as an unlikely pair, with him suggesting that her introductions service is an unsafe thing for his sister Eudora to involve herself in, and Calista throwing him out of her home. Yet, when Calista finds herself the unwilling target of some dangerous and terrifying attention, the pair team up to suss out what’s going on. The one major disappointment in their love story? The cultural anachronisms placed on the couple’s sexual liaisons. Despite living in an age in which propriety is key, and both individuals being upstanding middle class citizens, Calista allows Trent to deflower her on the floor of a library without so much of a whimper of doubt. This, combined with how abrupt the moments leading up to their steamy encounter are, made the whole scene truly disappointing.

Trust appears to be the most important theme of the novel, and the sheer variety of ways in which it is expressed makes ‘Til Death Do Us Part very intriguing. The most prevalent of these is trust in one’s partner; Nestor was an untrustworthy beau, and as such remains a malicious figure throughout, whilst Calista’s entire introductions service is based on ensuring that only trustworthy potential partners may attend her salons. Indeed, it is the trust that Calista and Trent have for one another after they work together to fend off an attacker that really draws them to each other.

Another aspect of the of the plot which I found truly entrancing was the cultural and historical explanation of ‘memento mori’. If, like me, you’re a little bit in love with learning about all aspects of Victorian life, then the level of detail Amanda Quick goes to in the novel to describe these death gifts is rather alluring. From an explanation of why coffin safety bells are necessary, to the exploration of keepsakes people kept of their loved ones as they sickened and neared death, Quick gives readers an incredibly detailed oversight of a way in which some people dealt with death at this time.

All in all, if you’re looking for something that sees characters get hot and steamy under the sheets, this is not the one for you. Despite containing a rather licentious deflowering of an unmarried woman, ‘Til Death Do Us Part is far more concerned with smouldering glances and pent up lust than any release, and as such is a very gentle novel in terms of sexual scenes. However, if you fancy something truly romantic with a bit of a historical context thrown into the mix, then this book has got your back.