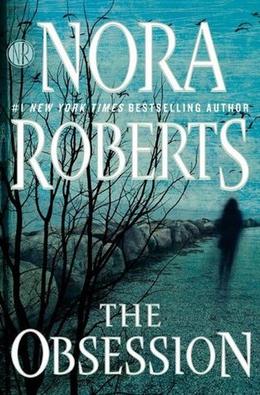 This book was a bit different than the ones I’m used to reviewing, and so I feel it deserves a bit of a different review. Perhaps if the story was crap, or the writing was horrible, I wouldn’t have an issue dragging it over the coals. But I do. I don’t want to be critical with this book because it doesn’t feel like you’re reading a book. It feels like it’s someone’s life you’re inspecting; that makes making fun of it feel less acceptable. Luckily, it’s not a book I really have anything to be critical about.

Sponsored links
Let’s not forget that this is the kind of experience, the full body variety, is what you can expect when you’re reading something by Nora Roberts. This amazing woman is what I aspire to in my own writing. No, her novels aren’t The English Patient or The Girl With The Dragon Tattoo, but she’s written over two hundred of the bloody things and is still churning out winners. Her plots go from the future, to the past, to all sorts of delightful areas in between.

The place she takes us to in this novel is a darker one. First, we’re transported back to the nineties, but not in a fun way; more like a heyday-of-horrible-murderers way. Naomi, the protagonist, discovers that her father has been keeping a girl in locked up out in the woods. She frees her, but spends the rest of her life grappling with the reality that her dad is a nutbar. It’s a tough pill to swallow, especially since her dad is a serious diva and periodically informs the authorities where to find more bodies, and snags himself a book and film deal.   Of course, Naomi grows up loving the quiet life, and makes her living behind the lens of a camera, instead of in front of one. She gets a dilapidated old house in the middle of nowhere, and is plunged, head first, into the small town life. One of the things I loved is that I truly felt like I was in Sunset Cove. It helps that it was set in Washington and, as I live near there, the scenery was easy to visualize. Still, Naomi is a photographer, and seeing the landscape through her eyes lends weight to this characterization.

She ends up coming into contact with Xander, who is a sexy as he is demanding—but it’s a good thing. Sometimes I feel authors can be a bit hamfisted with the whole ‘alpha’ situation these days. It ends up morphing into guys just being jerks for no reason other than that they’re fulfilling a role to sell books. Xander is so not that kind of guy. He’s got depth, facets, layers—however you want to say it. The best part? Boy’s got a soft side. And who has he got it for? Awe yeah. It’s Naomi. And it’ll make your heart flutter just as much as it did mine.

This book has basically everything I love—humor, suspense, romance, a dog. You musn’t forget, however, that this book takes some truly dark turns. Not only is Naomi’s dad a psychopath but, in Naomi’s adult years, someone decides to imitate him. Moreover, this copycat is all about stalking and eventually killing the daughter of Daddy Death. (That’s my own personal moniker, not his real name. That’d be super weird.) I did manage to figure out who the evil-doer was before Naomi did, but I don’t think that’s a huge downside. Not every book needs a huge, dramatic reveal, right? That would get exhausting. I feel like sometimes letting the reader figure it out is a good thing. At times you’re in the head of the big bad, and that’s a trip and a half. Overall, I’d say it’s not for the faint of heart, but it likely won’t cause you to lose sleep.

All the same, tread lightly here. This is not a book that you whip out for some cheap ha-has and sexy times when you’re having a rough day. This is a novel that deserves a more measured approach. I think so, at least. I enjoyed it in a way that I haven’t enjoyed a book since I was a kid. I used to get all wrapped up in the lives of the characters, in what they did and how they did it. It wasn’t until reading this that I realized that, somewhere along the way, I lost that. Or maybe I was just reading the wrong books. It’s the same enjoyment I get out of watching Jane Austen movie or TV adaptations (don’t judge me for liking them more), and I think it’s something we need more of.