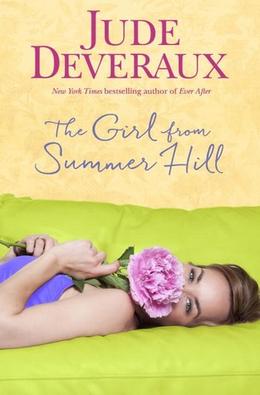 I started writing fan fiction when I was in high school. My genre of choice was West Wing (in the controversial Josh/CJ ship at the time before I realized he was not worthy of her), but I read many others. I came to really appreciate and even love the idea of taking characters and doing out-of-canon things with them. As I grew older, I am continually drawn to taking established characters and placing them in un-established situations to see how they react.

Sponsored links
Taking directly copyrighted characters and using them in free spaces where no money is exchanged is fan fiction. Reinterpreting tropes and established characters is simply fiction. Sometimes the only real difference is the legal idea of copyright and who makes money and whose intellectual property is being used. For example, if it’s Jane Austen or Shakespeare, then the IP conversation is moot so the lines are a bit blurred anyway.

I say all of this to set the stage for The Girl on Summer Hill, which is Pride and Prejudice reimagined in a 21st century Virginia town. To me, it’s one of those works which flirts with fan fiction pretty directly, even to the point where if you are not familiar with the original story, this book may have you lost a few times. (Although, what resident or visitor to Romancelandia is not familiar with one our founding documents? So I suppose everyone is safe, but I digress…)

This book is fun and sweet. With a spring release date, it is destined to be read on vacations, next to pools, and on beaches, and that is its perfect habitat. Light and airy, a sorbet of books, pleasing and peaceful. The conflicts that occur are lifted straight from Austen, so tension is not really an issue. There’s a small mysterious twist that Deveraux offers, but even that is intriguing and not taxing.

The bottom line for this book is that if you like modern interpretations of Pride and Prejudice, you’ll probably like this book. I’m not sure you’ll love it, (I did not) but I think you’ll like it (I did). I like my dialogue a little snappier than Deveraux writes and with a little less naivety in my heroines than she often does. While this one is Lizzie Bennet level strong, she also seems a little bit out of time as most Deveraux heroines seem to me. Like someone who would have been a 20something in 1980, not 2010s. Not wrong, exactly, just not… exactly right.

The premise is thus: Casey (Elizabeth Bennet) is a private chef to a summer production of Pride and Prejudice in Summer Hill, Virginia. She meets Hollywood hearthrob Tate (Fitzwilliam Darcy) in less than ideal circumstances and hates him immediately. As they are eventually cast in the production as Elizabeth and Darcy, their relationship develops as in the original source material. Wickham, in this version, is Tate’s former brother-in-law, who is still causing mayhem and trauma. The way that Deveraux spins that particular bit of the story is a little tricky, but stay with her because it ultimately works. Tate is completely swoony as this re-imagined Darcy and the other assorted cast of Austen characters are fun as well.

As I said above, this is essentially P & P fan fiction at its finest. If that is your bag, grab this one for your summer reading and enjoy every minute.