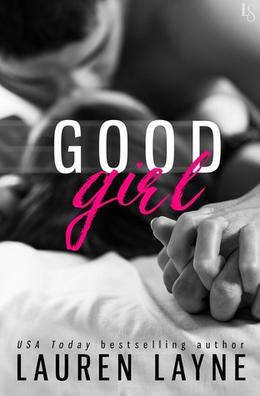 Before this book I hadn’t read anything by Lauren Layne. Now I’m wondering what I ever did without her. Let me just preface this by saying that I don’t like country music—at all. When I was given this book to review, in which the heroine is a country music star, I went off to it with all the enthusiasm of a stinky cat on bath day. It had to be done, but I was planning on hissing about it.   I take it all back.

Sponsored links
Sure, I read the entire thing with a southern accent (a slightly deeper one for Noah’s point of view of course), but I was hooked by essentially the first sentence. Jenny opens with how she’s been accused of being pregnant because she’s been eating too much and I was like, “Yeah girl. I get it.”   The press isn’t only unfair to Jenny about her belly; there’s also a serious case of slander going on in Hollywood, where the country singer has made her temporary home. A bunch of married celebrities have claimed to have slept with her, thus painting a red A all over her generous tatas. Jenny and her Pomeranian, Dolly, flee to an old manor home in Louisiana. While ducking from the press, she hopes to find the inspiration to write her next album. All of this would probably have been enough to get my interest. For someone who doesn’t like country music, I do have a bit of a love for the South—especially when it comes to remote places in Louisiana. I don’t know why. Let’s blame True Blood.

Anyway, as I was saying, that would have probably been enough to get my interest—but then there’s also the small matter of the super sexy owner of the mansion who is pretending to just be the caretaker. Rough around the edges, kind of an asshole (maybe more than just kind of), and undeniably hot, Noah is every guy I’ve ever fallen in love with accidentally.

Noah and Jenny, of course, are at each other’s throats right away. They’re snarky, sassy, and sometimes outright mean, but there’s a chemistry there that could incinerate the whole damn mansion. Jenna and Noah both have their battles to fight, and it’s how they support each other to do so that really puts the icing on the cake for this book.

I think my favourite part of all was the characterization. First of all, it’s written from a first person point of view that allows the characters to have real train of thought. Sometimes that be a super annoying way to read a novel, but in this case I feel like it worked. In fact, I wouldn’t have enjoyed it as much any other way, mostly because of Jenny.

Jenny was an absolute treat, and being inside her head was like making a friend. I know how lame that sounds, and I should probably go outside after writing this and talk to some real people, but her inner monologue was so much like my inner monologue that I felt an instant connection to her.

Noah was a jerk, sometimes to an unreasonable degree, but he was real. Sometimes people are mean. It doesn’t necessarily make them bad people. Yeah, occasionally I wanted to hit him, but he got there in the end. Also, he has a very deep backstory that solidifies and rationalizes his character. The side characters, particularly Finn and Vaughn, are also well-developed. Lauren Layne has some serious characterization skills. Respect, girl.

I might have also loved this book so much because of the seriously ridiculous amount of sexual tension. Sexual tension is what I live for; it’s what we all should live for. It’s that moment when you come home shitfaced at two in the morning, right before you bite into the pizza that you’ve carried with you for five blocks. Sure, you can eat some now and have the rest for breakfast and it’ll all still be delicious, but you will never have exactly that experience again with that pizza. Do you know what I’m saying?

This book is the most divine pre-pizza moment I’ve ever had. Literary wise, anyway. I’ve had some pretty good pre-pizza moments. Anyway—it’s hot, it’s frustrating, it’s sexy. And then the sex scenes themselves? Damn, there are some bits and pieces going on there that I was not expecting this pizza to have. I felt like one of those old southern ladies fanning myself in the summer heat, exclaiming, “Oh lawdy!”

If I could only tell you one thing about this book, it would be that it will entertain you. You won’t be sitting there waiting to get to the good part, or waiting to get back to the good part, or wondering how many pages are left. If you’re not having a pre-pizza moment or an “Oh lawdy!” moment, you’ll either be laughing or crying tears of gooey heartwarming happiness. Perhaps it will be a combination of all of above.

Five out of five stars, y’all!