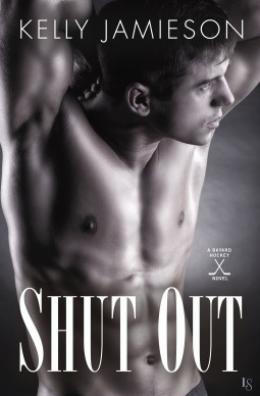 Okay first of all, dat cover tho. Dayum. If you can actually drag your eyes away from the cover to read the book, it’s pretty dayum as well. Well...at times.   Jacob Flass is a hockey player with dreams of being drafted in the NHL. Unfortunately, his dreams are put on hold when he’s implicated in something very serious. While he hasn’t actually done anything wrong, he still suffers consequences from the fall out. His transfer to Bayard College and their hockey team means he’s actually going to have to try hard at something other than hockey (gotta get them grades) and stay away from the ladies. This turns out to be easier said than done, because he meets Skylar Lynwood and is all about her from the get-go. Skylar, for her part, tries and fails to resist her attraction to the rugged hockey hunk. She actually does a fair amount of pursuing though, which I really liked.

Sponsored links
For the overall story, and for immersive experience I was able to get with the writing, I would probably give this book five stars. But there were a ton of parts that just didn’t jive with me so well. First, while I found it easy to relate to Jacob, I actually was not a big fan of Skylar. And, to be honest, I probably related to Jacob the most because we’re both Canadian. His parents are apparently from the same province as me, and he was living in the same city my boss is from—Saskatoon. On that note, I won’t waste everyone’s time by putting my Saskatoon related joke in the middle of the review, but look out for that at the end.   Anyways. Having people make fun of you for saying “eh” and telling you that you have a funny accent is something I’m used to, so I got along well with Jacob. I chose to look past the part on the first page where his throat “felt like [he’d] swallowed a hockey puck.” I really liked that he’s a bit of a prick, but he’s got dimensions like a H.P. Lovecraft story.

My only problem here is that I’m having trouble reconciling Jacob with my own experience of hockey guys. Maybe this was just my high school, but they were all kind of dicks in the not multi-dimensional way. And they all had mullets. At one point, Skylar and Jacob fake date to ward of “puck-bunnies.” Let me tell you, that was not what they were called in my high school.

Right, right—this isn’t high school. I get it. But it’s also not that far off. Skylar is nineteen and Jacob’s twenty. I’m only a couple years older than that, but when I read that it still made me feel all weird inside. Like thank you for reminding me of my fragile mortality and how I’m on my way out of bloom.

This plot point, by the way, takes way too long to be revealed. Like by the time all is finally unveiled, I had completely stopped caring. It literally only made me mad, cause then we had to go through the whole character-realizing-they’re-wrong-thing that has never really been my cup of tea.

Let’s sum up a little: one bad character, one good character. Some bad plot points, some not so bad ones. Generally good writing and engaging style, but a setting and premise that failed to keep my interest. All in all I think that’s a solid ⅗ stars, folks.  And now the moment you’ve all been waiting for… The joke that my History of Leisure, Sport, and Tourism in North America professor told me:   A man and his wife are riding on the train across Canada. They’re tourists from England, and have never been this far into Canada before. Curious as to where exactly they are, the man gets up and goes to one of the car attendants to ask.

When he comes back, his wife says, “Well, where are we?”

The man says, “I don’t know! He didn’t speak English. I asked where we were, and all he said was Saskatoon, Saskatchewan!”