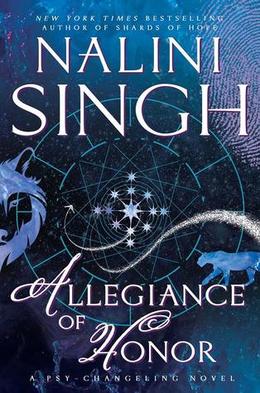 I knew right at the beginning of this novel that I was missing out on something. The author told me as much. Her foreword explains that this book touches on fourteen couples who have been featured in previous novels and novellas. That, combined with the long cast of characters at the beginning, did not put me at ease.

Sponsored links
I’ve jumped into the middle of a series before though without difficulty. Usually the only thing you miss out on when doing this is the overall story arc that tends to accompany a series like this. There will always be minor characters that come up, who have either had their own story or will have their own story, but they’re never usually described in a way that makes you feel like you’ve missed out on a whole universe.   I missed out on a whole universe with this book.   As complicated as planet Earth currently is, with it’s over one hundred and fifty nations (depending on who you ask) and its diverse array of personalities and cultural motifs, I think that Nalini Singh’s world may actually be more complicated. There were terms flying at me from left right and centre: DarkRiver, SnowDancer, the Forgotten, Human Alliance, Netmind, Darkmind, mating bonds, pupcubs… I had to go consult the FAQ on her website to see what all these crazy words were about. The very fact that there is such a thing in existence tells you a lot about what’s going on here. To make matters worse, the FAQ was probably the least helpful FAQ I’ve ever encountered. I was forced to scour the internet just to come to terms with what it was that I was facing.   That’s not even including the two titled curiosities—the Psys and the Changelings. Psys are humans with different mental abilities, and Changelings are humans that can turn into animals but also have other cool bits and pieces to them.   That part was easy.   It was the fact that not only are both groups human—with all the accompanying dilemmas one would expect of same-species-but-better situations—but both groups also splinter off into like ten million little subgroups. And there are all these little weird bits, like if Psys don’t get feedback they die. I didn’t really understand that.

Who are we kidding? I didn’t understand any of it.

Because this cast of characters have already found their own happy endings, there was more going on in the plot here than one might normally expect of a regular romance novel. I’ll give the author props for that. She could have just taken a wee looky-loo at each of the characters, then moved on to the next, but there was definitely lots of other stuff going on. I don’t really know what that stuff was, but it was definitely stuff. There was also lots of stuff about kids, and I don’t really like children so that didn’t appeal to me. Judging by other people’s reactions to those parts, however, I have gleaned that it was a super adorable treat for the rest of the readership.

Is this review making any sense to anyone? I feel like one of those haggard old women that comes up to you on the street when you’re having a night out and tells you the story of her life in three acts while you’re trying to figure out which way it is to the disco. That’s the experience I had while reading this book, anyway, except I also didn’t know how I’d wound up outside a club in the middle of the warehouse district in the first place.

Don’t think I hated this novel. I just didn’t understand it. I also don’t understand complex science, and have a hard time doing math in my head—but these things are important for the functioning of our societies. What I mean by that is there is a purpose to all this complexity. Nalini Singh has clearly created a whole world beyond the stretch of my own imagination, that all slots together in a tidy little way that I’m sure people who have read the books understand and enjoy.   Not to mention, the sex and the writing were both exquisite. I feel this book was something I really could have enjoyed if I’d found a way to approach it, but I didn’t have that kind of time. I’m not sure I’ll ever have that kind of time. So what’s the overall point I’m trying to get to here? For those who have made it through the nonsensical babbling of my alter-ego, the deranged woman with the hat that looks suspiciously feline, I’m giving this book a 3 out of 5.   “But why so low?” you say. “You’ve just said all these nice things about the book. And it doesn’t seem fair to dock marks just because you didn’t read the ones before it.”   Ah, my friend, that’s where you’re wrong. In this case, it is fair. Why? Because the main problem with this book is that it is, in no way, accessible for new readers. A new reader should almost always be able to jump right into a book and find their way around, even if it takes a little bit of prodding on the author’s end to make sure they’re coming to the right conclusions. I don’t want to have to read fourteen other books just to understand this one. Still, a solid work and a clearly talented writer. Maybe in twenty years or so I’ll have caught up.