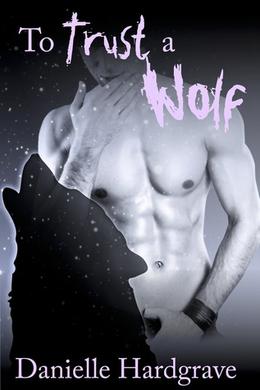 Please note that the author of the book, Danielle, also writes reviews for Romance & Smut. Kristen was not aware of the relationship between Romance & Smut and the author to allow for an unbiased take on her book.

Sponsored links
Few things first. One, I am not usually here for paranormal romances. I prefer any fur present in my romances to be on a pet, not a main character. I’m also not a huge fan of cosmic forces at war in my romances, and only occasionally dip into fantasy or sci-fi in my other entertainment choices. Just not my bag. However, I am trying to broaden my romance horizons, so when presented with the opportunity to review this one, I tried to shelve my misgivings and read this one with an open mind. But I’m still coming at these tropes and assumptions with skepticism.

Second, this novella is clearly a cliff-hanger. To Trust a Wolf is one of those books that seem to be everywhere these days - the couple meets and you can tell their happily ever after is assured, but the plot lines around them will not be taken care of in the first book. I know for some readers that’s an automatic red flag, so be aware here.

For this book, however, if you are into werewolf shifters and can be patient, even if you hate cliffhangers, I think this will work for you. At least promise me you’ll put it on your TBR to get the series when it’s all published.

Because despite my opening paragraph, I’m kind of in on this story.

The premise is thus: Helen is an archivist at a museum that has just become guardian of a large ancient stuff collection. (Maybe Egyptian? Unclear and, to be frank, unnecessary.) Everyone wants to see the stuff, and it’s Helen’s job to make sure the dude archiving it (some eminent archeologist) has the time to catalog it properly before the grand opening of the exhibit. To her frustration, that task is constantly dragging her away from her most pressing item, the planning and execution of a gala, which is the museum’s main fundraising event.

Her boss is a schmoozer who is otherwise incompetent at his job, leaving Helen to do all. So when said boss demands she escort some big-wig around the ancient stuff, she’s less than pleased.

Until she meets the dude.

Pheromones go nuts, she totally wants him, and we know it’s because he’s probably the titular wolf, but of course she doesn’t. Wolf’s name is Rune, and he presents himself as a Danish businessman interested in the collection for business. We know he’s lying, don't’ we, fellow readers. Of course he is. And Helen finds out what the real reason is in due course.

On the night of the gala, any sense of normalcy Helen may have enjoyed gets ripped away, as she discovers that not only is the dude she’s hot for not really human, several other key players in her life aren’t either. To her credit, she handles it with aplomb, as she and Rune join forces (in that way, yes, but also in others) to fight the bad guys. Besides some condom-less sex, which I usually have major issues with for strangers, but maybe that’s a thing wolves don’t have to worry about?, I found myself surprisingly drawn to this story and these people. I loved that Rune openly admitted what he was with no games, but also was open with the fact that just because he’s a supernatural creature does not mean he knows everything. Helen knows things he doesn’t and vice versa. There’s clear mutual respect and consent in this one and I appreciated that so much.

I’d absolutely recommend this one for anyone into paranormal and cliff-hangers, and for anyone looking for a new series to get hooked on. I think it has a lot of promise; let’s see if it pays off.

New Releases Twas the Night before Christmas: A Visit from St. Nicholas by Clement C. Moore The Diplomat's Wife: A Novel by Pam Jenoff
Pre-order now A Court of Thorns and Roses Box Set by undefined A Court of Silver Flames by undefined
On Sale Frenchman's Creek by Daphne du Maurier The Savior's Champion by Jenna Moreci
Current Favorites Ryker by undefined Trap Commandments: Intention by undefined
Daily deals on bestselling romance books