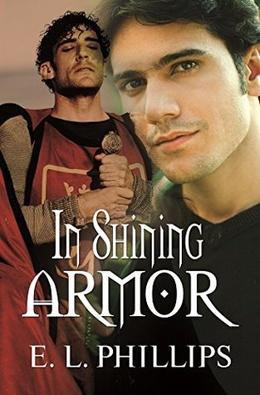 I don’t even know where to start with this. Honestly.

Sponsored links
There’s a good idea in here, a good plot, a few characters worth exploring… but overall? This book is a mess. And it’s the worst kind of mess for me, a mess that could have possibly been redeemed if the characters were developed into people instead of into magic sex machines.

The plot is intriguing and I was pretty excited about it as I opened up my review copy. A 21st century Indian-American fellow named Krish is on a camping holiday in Wales with some mates. He gets separated from them and winds up in 1626, as you do. He is a gay man, his first person narrative tells us, with excellent gaydar and so when he is rescued by a dashing Welshman named Bleddyn, he knowsBleddyn is gay.

Few things here before we get going.

Both “homosexuality” and “gay” as terms were not invented in England (of which Wales was a region) during the reign of King Charles I, it was “sodomy” and it was illegal. Punishable by death. Homoeroticism was rife, for sure, but in slave relationships or between men of similar classes who were still married to women and expected to produce heirs. Men who had sex with men but were committed to women were a thing, sure. Absolutely. But again, I remind you: technically illegal and punishable by death.

So you’ll have to forgive my skepticism that Bleddyn would allow a stranger, with strange colored skin and a way of speaking which was foreign and who sounded like a lunatic asking about cars, to strip him down and screw him. Especially when we find out that Bleddyn is a male/male virgin. But don’t worry, y’all, Krish’s magic penis will cure any problems Bleddyn may or may not have with his understanding of sexuality.

Within the first 100 or so pages of the book, these two have sex so often and so perfectly that I just kept rolling my eyes. There’s insta-love, and then there’s this. And I’m not here for this.

Eventually, the two men decide to get married. Complete with Book of Common Prayer liturgy. I don’t care how secret this ceremony was, I don’t care how “in love” Bleddyn was. Irrelevant. What is relevant is that people were literally dying over their religious beliefs in this part of the world at this point. Questioning the head of whatever Church you were a part of (either the King of England or the Pope) was not really on the radar of people and using the holy book of the Church of England to perform a ceremony that is barely even recognized as either theologically or ecclesiastically appropriate in the 21st century while portraying the 17th is just… nope. NO.

Perhaps you’re reading this and crying “but it’s time travel so it’s fantasy!” And to that I say, no. If you want to do a whole thing like this? Make sure it’s an alternate reality. Make sure that it’s on another planet. Don’t take real time periods and manipulate them as you see fit to make your story work. I get that knights are sexy and time travel is fun, but a little respect for the time period you’re landing your moderns in is appropriate. People died for doing what Krish and Bleddyn do so cavalierly and that gets completely lost in this narrative.

For a premise with so much promise, I was so let down by this book. If you’re looking for M/M, check out our wonderful search engine for other offerings.