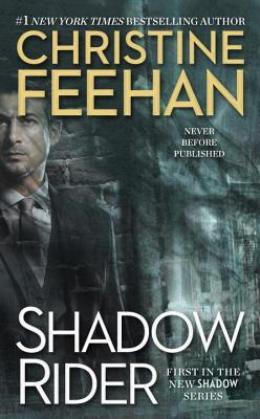 I went on a journey with this novel, but it wasn’t the kind of journey that any author wants to take a reader on. I went on a journey to this author’s website, because the wording in this book is so awkward that I had cause to question whether English was her first language. It is. I also noticed she has a butt ton of accolades, so like good for her I guess. Certainly gave me hope that I might reach the bestseller list one day.   Know what else I came across on her website? This book’s book trailer. Go watch it. Right now. I didn’t realize that book trailers now featured actual actors, but apparently they do. And it was absolutely hilarious. The guy who plays Stefano, the hero, was just...so weird looking. And the dialogue was even more awkward than the book. But we’re not here for the trailer, are we. Still. Go watch it.   Anyway.

Sponsored links
When I started reading this, I wanted to like it. Sexy mafia guy? The mafia? Sexy guy? Okay, so there were only two reasons that drew me in. But, much like the author, I can say them many different ways. That was my main problem—everything was repeated at least ten goddamned times. Not only that, but things were explained out the wahzoo. Like most of the time I was sitting here like, “Actually, you don’t have to explain that to me. I used my context clues to figure it out. Cause I’m not literally a goldfish that has learned how to read.”

Francesca is on the run. She has no money. People are after her and she’s poor. She needs somewhere to lay low but she’s low on dough. See how annoying that is? It’s ridiculous. Stefano is the sort-of-in-the-mob-but-not-really-it’s-more-of-a-family-that-acts-like-the-mob hero who sweeps her off her feet. Some of the times he’s sweeping off her feet it’s literal, because he’s kidnapping her against her will.   Oh yes, you read that correctly. After having a two-second encounter with her, he decides that she’s his. He assigns two body guard teams to her (read: TEAMS) and then eventually dictates where she can live and what she can wear. Even goes so far as to throw out all her old clothes. He’s Edward Cullen on crack. He’s that Police song played backwards so that you can hear Satan in it. And guess what? He scares Francesca. She can’t help the attraction she feels for him, but he also scares her. Why? It might have something to do with the fact that he’s constantly swearing at her, sometimes sneaks into her bedroom at night, has her followed places, and commands her to bend to his will.

Stefano is also a Shadow Rider, meaning that he can travel through shadows. He uses this ability to kill baddies. I’m not sure to what end though. Obsessive detail is gone into about how he and his family get away with the murders, and how careful they are when selecting who to kill and blah blah blah. All I kept thinking is—you’ve got money. Who cares if you can ride shadows? You literally do not need to be able to do that when your life is more luxurious than a head scratch after a long day of wearing a bun.

I might have been even able to read that as a story and get something from it, especially since the concept of the Shadow Riders is so unique, if the writing hadn’t been so bad. The heroine, by the way, was a complete wash out. She barely existed on the pages as far as I was concerned. I think she was meant to be plucky, but she certainly never stood up to Stefano well enough. Then there’s the dialogue...

Joanna’s laughter went from forced to genuine. “Stripping?” “I had four years of pole dancing for exercise in college. I believe you did as well. We were pretty good.” “You were pretty good,” Joanna corrected. “You’re great at dancing, too. You can move your body in a million different ways all at once. I forgot how envious I always got when you were on a dance floor.”

Digest that quote for a minute. This is after Francesca tells her friend Joanna that she considered stripping cause she has no money. It was like the author only decided that the two had taken pole dancing lessons together after she’d written the first line. Then she felt the need to explain to the audience that it was for exercise and for how long they’d done it, even though Joanna would have known that already.   I don’t want to get too pedantic here. But almost every line of dialogue had me re-reading it, going “huh?” It got the point across, too well at times, but everything was just so awkward. I never felt like I was in the room with the characters. I was in my room, wondering how much longer the book was. And it was so much longer. So. Much. Longer.   If you’ve ever wondered what Christopher Walken would be like in bed, read this book. If you’ve ever wondered what Christopher Walken would be like doing anything, read this book. For the rest of us, this book ranks ⅕.