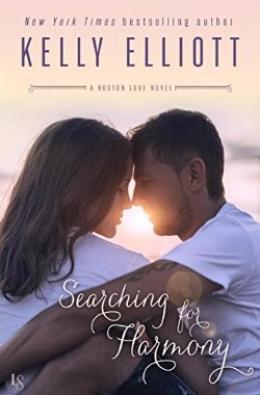 Preston Ward is a first responder in Boston stuck in a dead-end relationship with a woman he appears to be essentially just using for sex. He’s frustrated with his life, but feeling that the whole thing is stuck in neutral. One night he responds to a call for a car accident and the events of that evening shift his life forever.

Sponsored links
Harmony Banks had a whole lot of things go wrong in her life, but she’s not the kind of gal who takes crises lying down. After a teenage pregnancy derailed her plans for Harvard Med, she marries the baby’s father, and built a life for all three of them while taking nursing classes. “Happy” isn’t exactly in her daily vocabulary, but “content” seems to be. That carefully constructed life shatters when she, husband, and baby are all in a tragic car accident and she is the only survivor.

Preston’s a medic on the scene and is utterly destroyed by the tragic death of the child. He feels an instant connection to Harmony and becomes an integral part of her life as she begins to rebuild. There are several bumps to their happily ever after, but they get there in the end.

If you weary of NA books that rely on angst as the plot motivator, if you’re skeptical of true love at first sight, if you have a sensitive antenna to “ugh, that would never actually happen!”, then you may want to pass on this one. Personally, if I was not reviewing it, I probably wouldn’t have finished it. There’s two small moments that happened early in the book that told me Preston was not my kind of hero and any heroine who would work with him would be one I wouldn’t enjoy.

Moment the first: Preston’s girlfriend of several years shows disdain for his profession, does not understand the emotional toll that scraping dead people off of pavement may take on a man, and gets frustrated when he’s not home on time. He knows this all and is frustrated by it. His PoV tells us he knows the relationship is over, knows she’s not the one for him, but the sex is too good to let her go. And then two-dimensional girlfriend who is either a heartless cow or simply under-developed proceeds to give him amazing oral sex.

Moment the second: Harmony and Preston have not had a conversation, really. They’ve made small talk, and they’ve known each other for a hot minute. Yet, he calls her “baby”. NOPE. Terms of endearment should be consensual. I hate it when people I don’t know, especially men, use them for me when we have no established relationship where that is okay. It feels pejorative and condescending and icky. So as soon as said that, I knew this would probably be a “good for her, not for me” book.

I’m sure there are folks who are going to love this story. They’re going to resonate with the narrative of being rescued, love the connection that is forged, and several of them are really going to be invested in Harmony’s brother, who is a substantial subplot. And if you’re one of them, please comment below so I know! But I’ll pass on this, thanks so much.