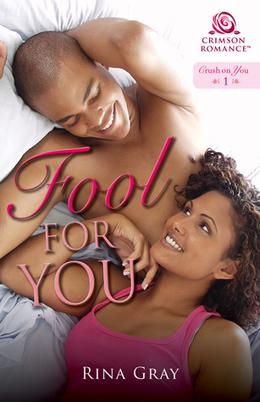 There are people in this world who love soap operas. They love secret baby plots, and evil twins, and plastic surgery to reveal old foes, etc. If you are among them, if you revel in such antics, I think you may really like this book. If you are, like me, less in love with those tropes, this book may grate on you.

Sponsored links
I love friends-to-lovers themes, and my adolescent angst always feels a kinship with unrequited love, so the premise of this one intrigued me. Melanie has been in love with her best friend Damien since forever and is determined to make him see her “that way”. After landing a job that will allow her to move from Atlanta to New York to be in proximity with him, she launches into full make-him-love-me mode. All stops are being pulled out and then the brakes have to get pumped; Damien is engaged.

But hold up, y’all, because he’s engaged through blackmail. He’s dating his boss’s daughter, boss gets ill, wants to see his little girl happy…. You get the picture, right? But Damien’s not super into this girl and this girl is a nightmare. She’s such a nightmare that she actually seems like a Disney villain, no substance, just evil.

So there’s a lot of machinations to get Melanie and Damien together, lots of games played, lots of drama. I could almost hear the dramatic music a few times at certain events and it was all I could do to not roll my eyes. It’s compellingly readable, in the way that serialized television is compellingly watchable. I had to know what happened, even when I was rolling my eyes. There’s an art to that kind of plotting and that kind of writing and Gray pulls it off flawlessly.

It’s just not for me.

I’m averse to other-woman tropes; they have to be really excellent to be compelling as I’m always a little skeevy about pitting people against each other as though romance is a competition. Because the other woman in this one is so clearly vile, I had a hard time rooting for Melanie and Damien to be together because if he would even choose to be with that woman, what does it say about him? Just messy business all around.

I think if you like soap operas, the old school ones on daytime television, then take a chance on this book. It’s a potato chip book - once you pop you are not going to stop, even though you know it’s bad for you. Read it by a pool or on a beach or on a plane, somewhere you need to lose yourself in the lives and insanity of others, and you may very well enjoy this. I normally adore such books, but Melanie and Damien just rubbed me the wrong way and I was happy to say goodbye to them at the end of this one.