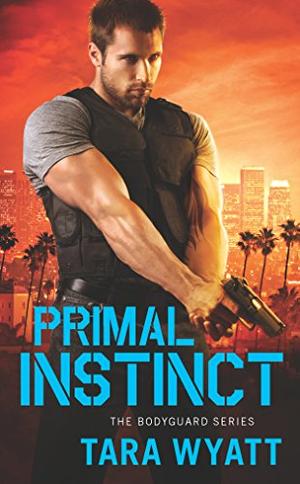 When you mix two messes together, what do you get? Sometime’s you just get an even bigger mess, the mess to end all messes. Other times you get a delicious taco salad. This book is a case of the latter.

Sponsored links
Taylor Ross is a rock star with a broken heart and a laundry list of bad decisions trailing her around. Colt Priestly is a bodyguard with a military background and a whole heap of inner turmoil. They come together for a hot as hell one night stand, and go their separate ways. Sort of. When Taylor’s label hires a bodyguard for her (more like forces one on her) she’s dismayed to find out that it’s the super bangin’ guy she recently had naked sexy time with. Though she tries to put distance between them, distance is the last thing on Colt’s mind. Not only does she have a crazy stalker, but there’s something about her that just gets under his skin. And he wants more.

I loved this book. I read up on the author after, and I found out that Tara Wyatt is essentially brand spankin’ new. I found that surprising. To me there were no awkward growing pains in this book that one might normally experience with someone’s second novel. It’s like she walked right into these characters heads, took a bunch of detailed notes, and then popped off and wrote a winner. In my opinion she got everything right—the writing, the sex, the characterization, the setting. It all came together in a brilliantly woven plot that kept me entertained and in suspense.

Taylor might be a celebrity, but the struggle she goes through in this book is one we can all relate to. She had her heart broken, which leads her to a period of stagnation in her career, as well a penchant for taking the moral low ground. That’s fine. We’ve all been there, I’m sure. If you haven’t been there, then you will. And maybe this novel could even help you prepare for it. I love how unapologetic she is for the way she chooses to live her life, and when you combine that with the way she grows, it is both believable and heartwarming. I love how her and Colt become a team, fighting off their pasts while crusading towards their future together.

Colt is the reason I was so pleasantly surprised when I found out that Wyatt was new to the publishing scene. The novel is written from both of their points of view, and his was sensational. It brought such depth into the writing. It didn’t seem for a second that he was being written by a woman, and that’s no small feat for any author. He’s got his own issues to add to their spicy little fiesta, which really pulled me in. Not only that, but he’s the best kind of alpha—dominant but not too aggressive, possessive but not a caveman. He’s fearless, and more than in just the way that his job is literally to jump in front of a bullet for Taylor. He also sees something he wants and takes it, doesn’t fear making his intentions known. Though Taylor resists him at first, which adds a scrumptious tension between them, they’re clearly perfect for each other.

Something else I loved was, though the novel dealt with some seriously serious themes, there was also the perfect amount of humor to balance it out. There’s quips, pranks, and snark. And then, the coup de grace: super steamy sex scenes that make a girl want to melt. Wyatt’s got it down pat, and I would take my hat off to her if I were wearing one. The writing flow wells and the premise is fantastic enough to be interesting, but just believable enough to go down smooth. The suspense kept my attention rapt, though the stalker was like a whole other level of creepy. Like he was on his own planet of creepy, in the universe of gross. Still, all the more monster for Colt to slay!

I can’t think of anything bad to say about this book—just that I want there to be more. Thankfully there is more! This is only the second in the series, so if you want to catch up it won’t be hard. There’s really no need though. I haven’t read the other books, but I found it just as easy to keep up as I would have if it were a standalone. And the fact that there will be more books just like this? Bonus! 5/5 stars, Ms. Wyatt. And you’ve earned every single one. Keep on doing what you’re doing, and I can’t wait to read more!