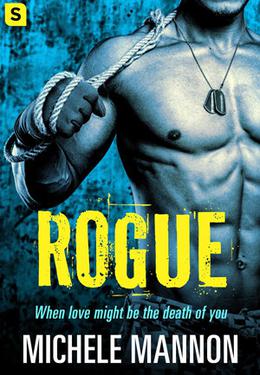 I feel like I’ve been coming across a lot of novels like this recently. And, though I haven’t read very many, it seems to be a genre that I only moderately enjoy. This book was no different for me. There were parts that I liked, and then there were parts that made me roll my eyes to the skies.

Sponsored links
Rogue is the story of Kylie, the newest recruit in a private security company that does all the dirty work that the government can’t. The story is told in flashbacks and the present. In the flashbacks, we see how Kylie first got recruited to TORC and how she met her lover, Jaxon. Just as a side note, I feel like if your mother gave you a name like Jaxon then you’re almost guaranteed to wind up doing some sort of sketchy shit. Anyway, in the present, Kylie is in Paris, tracking down her last target. She believes that Jaxon is dead, and is super depressed about the whole thing.

But wait! He’s not dead! And, what’s more, he’s coming after Kylie!

That’s a pretty great premise, and I won’t deny that I was excited to read it. I was left feeling like more could have been done with it, though. First, I found the back and forth to be a bit distracting. I get that it was necessary so that we understood the events that had brought Kylie to Paris, and I’m not sure how it could have been done better, but I didn’t love it. The first half of the book seemed to drag along quite a bit as well. The second half the book essentially made up for that, but it was still something that had me sighing through the first hundred pages or so.

I wasn’t super fond of the characters. Kylie was fine, but she wasn’t super. I wasn’t really sure why Hayden recruited her, but I was willing to suspend my disbelief to a point. She did a lot of moping for someone who is supposed to be a trained assassin. Jaxon was totally hot, but just a bit hard to connect with. I didn’t feel the same feelings of relief that Kylie did when I found out he wasn’t dead. I was just kind of meh about the whole thing. The one character I did really like was Kylie and Jaxon’s boss, Hayden. I love a devious man in a suit, especially one whose intentions keep you guessing. I might not read the next book in the series, but I’ll read Hayden’s if he ever gets one.

One thing I found really frustrating was that the author made it clear that the rest of the guys on Kylie’s team were supposed to treat her like a little sister. I did not get that impression at all. I found them to be a bunch of gross pigs who constantly belittle her because she’s a girl. I get that that kind of environment is probably to be expected when you’re the only woman on an all-man death squad, but I thought at least at some point I’d see some sort of shift that would help me see the characters more as people and less as macho-man stock characters. I didn’t.

As for the relationship between Kylie and Jaxon… I just don’t know man. I didn’t like the way he treated Kylie at all, basically at any point in the story. Lewd comments just don’t do it for me—not unless they’re in the right context at least. That’s what most of the romance and sexual tension seems to hinge on, which to me just isn’t enough. That being said, the sex scenes are steamy as hell. If I had felt a little more connected with the romance aspect I would have probably really enjoyed it.

I did like this book. There were parts that I found very interesting, and I think the series shows great promise. It was just kind of average in the end though. I know that if I had been really wrapped up in the characters and the plot I would have been all gung-ho about it, but I finished it and didn’t even need to sit and have a think. You know when a book is so good that after you just like need some time to process? Didn’t get that here. All the same, I look forward to when Hayden gets his own book, and I’m giving this one ⅗ stars!