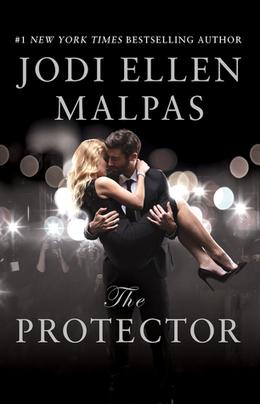 For a book that isn’t meant to have any supernatural or magical aspects, there sure were a lot of parts that seemed magically influenced—like the heroine’s nipples somehow being hard enough to be felt through no less than two layers of clothes, or the hero being hired as a bodyguard for 100k a week even though he seemed pretty inadequate. If I was going to hire a bodyguard for my baby girl, whether I actually loved her or simply thought of her as a prized asset, I wouldn’t hire a guy who drowned his sorrows in booze and women. That’s a dude with problems.

Sponsored links
Maybe Mr. Logan didn’t know that, but if you’re willing to pay nearly half a million dollars a month for someone to protect your daughter, don’t you want to be certain they’re the one for the job? Christ, I’ve researched knife sets before I bought them with more care than this dude researched his daughter’s bodyguard.

If you haven’t yet read the synopsis for this book, I’ve just saved you the trouble. Rich dude hires bodyguard for his daughter after she receives a death threat. Bodyguard is super beefy ex-military guy with a dark past. Somehow they fall in love.

I’m not saying that bodyguards and their protected can’t fall in love. Hell, that’s as fertile ground as any. Incidentally, the cover for this book looks a lot like posters I saw in London advertising the play The Bodyguard, which is about exactly that. I just don’t understand how anyone could fall in love with either of these characters.

Jake Sharp is an egotistical asshole who spends the first half of the book not treating women like people. He admits he’s an asshole like it’s supposed to somehow forgive him deliberately treating the women he sleeps with like dirt. I understand the reformed playboy thing is a yummy trope. I totally support it. But there has to be at least an iota of respect from the hero, otherwise that takes him down a peg from womanizer to all-out douche canoe. And that’s what Jake is. He’s an over the top alpha, which is good news for people who like those, but I would rather saw off my left pinkie than sleep with a guy like him.

He also has this dark past that gets shoved down our throats every second. Like it’s one of the first things we learn about him. And then we learn some more, and I didn’t find it surprising at all that he’d abandoned his daughter after his wife died. Because what else could you expect a guy like him to do? But then with Camille Logan, the heroine, he just suddenly flips and is all Mr. Nice Spice. What? As if!

I’ve read other people’s reviews of The Protector, and most of the complaints seem to be about how she’s a model and girly and wants to be a fashion designer. I had no qualms with that whatsoever. I welcome heroines who find their fulfillment in places other than books. I welcome heroines who are confident and like pretty things. I’m so tired of whoever decided that the ideal heroine was either a no-holds-barred badass of a woman who subverts gender stereotypes, or quiet, shy girls like Anna (or whatever her name is) in Fifty Shades of Grey. Liking fashion and existing in that world is not a weakness. Anyways, long rant short: that was fine with me.

I just wished the author had taken such an approach to Camille’s addiction. Camille used to be fond of blow. But wait—it wasn’t her fault! Her abusive boyfriend forced her into it! Do you not think we can handle a heroine who makes mistakes all on her own? I want to see a heroine mess up royally then put on her big girl pants and fix it. I know that abusive relationships are a real and very serious problem, but I feel like I’ve been inundated with stories lately that use them as a driving force for tension in the plot. I just wanted to see something new here, and I was seriously let down.

There wasn’t anything else I liked about this book. The writing was choppy and, while not horrible, certainly not good. The sex scenes, normally a safe haven even in poor novels, had diamond tipped nipples all over the place and were clouded by my hatred of the hero. The plot was kind of just meh. The side characters were a bit meh.

If you’re really into the whole caveman-alpha-huge-asshole thing, go for it. This book might just be your jam. I, on the other hand, am going to try clear it from my brain as soon as humanly possible.