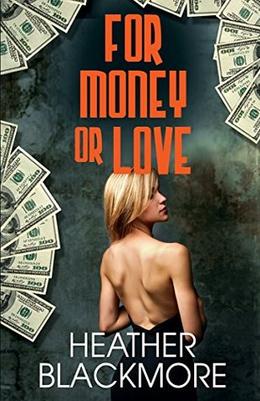 There are people for whom this book will work, I absolutely believe that. I am not among their number for a lot of reasons, most of them having to do with one of the heroines, but I think anyone who likes opposites-attract stories with a lot of plot drama could enjoy this. This is especially true if you extend your belief in fantasy to contemporary romance novels and don’t have a need for characters to act in realistic ways.

Sponsored links
TJ is in a MBA program and needs to complete an internship. She decides on Magnate and wants to do a case study on them to see how they’re so financially successful year after year. On her first day of her internship, she is told she’ll work for Jessica, whom she takes an immediate dislike to. Their first lunch together as boss/intern is disastrous, but they continue to work together. There’s a lot of plot machinations in this which would be spoiler-y, so I’m hesitant to say more. Suffice to say that as TJ finds out more about Magnate, the relationship between Jess and TJ continues to grow as they find happiness in the end.

Jessica is the daughter of the head of Magnate and is in charge of the marketing department. We meet her during a meeting with her father, and I was excited to get a glimpse of family business dynamics. Through her various POV passages, we learn that Jess’ style of leadership is to let her colleagues believe she never does any work and only gets by on her looks. That’s personally not how I would tackle latent sexism and accusations of nepotism, but we all make choices.

Potential (accidental) spoilers ahead, so if you’re averse to such things please click away.

When I say that this book is a bit of a fantasy, I mean that I cannot see how any of this would happen in real life. Literally any of it. I cannot really see how these women are real people, how they would exist in this business environment, how this company would actually work. I don’t need complete accuracy in my fiction, but I want to believe that the characters are real people I haven’t met yet. Because of some of the plot choices made, I cannot believe that and that negatively impacted my enjoyment of the book.

The character of TJ has a chip the size of the Arctic Circle on her shoulder. She abhors people with money who she deems aren’t grateful for it, and simultaneously judges people who want careers which would not earn them a lot of money. Her way of seeing the world is the only appropriate way. For example, on the first day, the first day, of her internship at this prestigious company, she not only demands nearly full access to proprietary information, but tells her boss off for taking her to a fancy restaurant. Y’all! No! If she is really part of a MBA program that is worth its salt even a little bit, they would have told her that the point of an internship is to learn and largely be quiet. I’ve done a few internships, and while I gained responsibility gradually, the first day was largely consumed with locating the coffee machine and trying to remember everyone’s names, not setting about letting my boss know she’s the worst human ever.

Additionally, there’s a lot of financial language in this book, and a lot of business jargon. Both of those can be impenetrable at times, and I fear that anyone who is not versed in this world will find some of those passages a slog. Some of the financial improprieties discovered also felt a bit far fetched to be as secret as they were. I say that as someone who lived through the 2008 financial crash, where the whole world found out just how secretive financial institutions can be; the stuff in this book still felt off to me.

This whole book is a big “not for me”, largely because of TJ. If she was just a little bit less of a jerk, I think I would have enjoyed it more, but alas, she was so difficult to stomach, it colored the rest of the work.