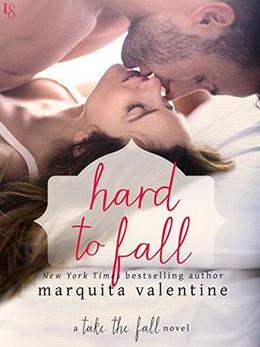 Hayden Walker is your typical womanizing sex machine. He’s a firefighter whose father wants him to become a senator. Instead of just telling his dad no, because where would the fun be in that, he gripes about it for most of the book. Enter Saylor Dean, our heroine who is just as whimsical as she is beautiful. And also just as annoying as she is beautiful.

The pair meet at wedding, totally hit it off, possibly get married, and then have what is likely the most awkward mating dance I’ve ever experienced. Hayden doesn’t remember anything from their night together, while Saylor remembers the whole kit and kaboodle. Including giving her v-card to the hot guy from her friend’s wedding who now can’t even remember her name.

I got kind of confused at this point. I could not, for the life of me, understand why Hayden was so interested in Saylor. Was it because of her kooky name? Was it because of her kooky personality? I think she was meant to be fun and charming, but half of her dialogue had me scratching my head, and I didn’t really understand what aspects of her personality would be appealing to a hot-as-hell firefighter with boatloads of money. Especially since, from the moment we’re introduced to him, he comes across as shallow and a bit of a jerk. And not in a good way.

Don’t get me wrong—Saylor’s no better. If you accidentally get married to a guy in Mexico and he doesn’t remember, you tell him! If you have sex with a guy and don’t remember it, you tell him! It’s not like he puked on your dress and you’re trying to save him the embarrassment. You guys did something major. One of the times you did it, you didn’t use condoms. I know you’re a virgin honey, but there are still reasons to tell him. So many. You are an adult. No amount of quirky weirdness shields you from this fact.

A lot happened in this book, plot wise. There were politics, birth control mishaps, and a whole lot of other crap that I’m not really sure why it was included. None of these plot points caused any significant tension. It was almost like they were afterthoughts. The author realized she didn’t have enough content for a full length novel and just decided to throw some crap in without really making it mean something. Things can’t just happen in your book. They have to mean something.

The sex scenes made me uncomfortable from the get-go. First of all, the one at the beginning was crude and not genre-appropriate, in my mind. Personally, I don’t really care if the hero sleeps with another girl before he meets the heroine. Lots of people do. Lots. If it was important to the plot, I would say it didn’t matter. Authors should write what they want to write. But I think it was meant to characterize Hayden as a womanizer and, while it accomplished this task, it also alienated a bunch of readers right off the bat. The same could have been accomplished within a few lines of text some other way.

So where does that leave us? Ah, yes—the writing. Normally I can find a redeeming factor here, as published authors generally don’t get that way without being able to string together a sentence, but I was less than impressed. Besides the awkward sentences and poorly written dialogue, the description was hella lacking. It’s set in the South—bring me to the South! I’m Canadian, treat me. Make me believe that I’m there. I did not believe I was there. I was still sitting inside an apartment on the sketchy side of town, staring out at the rain. And I did lots of staring, because I was lots of bored.

⅕ stars. Not the worst piece of fiction I’ve ever read, but not a stellar piece of work either.