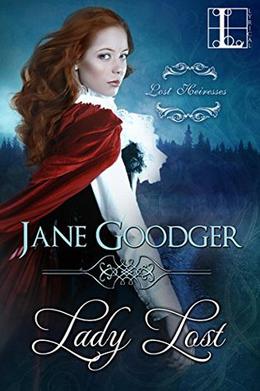 I don’t read a lot of historical romance, and I’m not really sure why. As someone who both loves Jane Austen and has a history degree, you’d think I’d be all about historical romance. But for some reason I read very little of it. After this book, I vow to change that.

I would say Lady Lost isn’t typical for the genre. I’m obviously no expert, but more often than not it seems the hero in these kinds of books are the rakish types—the super handsome, super charming, super into the ladies guys who fall for the heroine and reforms their bad boy behaviour.

Marcus Granton is not that at all. He married a woman he believed would be a good match, but was so boring that she slept with so many people it eventually killed her. Okay, maybe that’s not actually quite how it went down, but the gist of it is that her death was humiliating for poor Marky-Mark. (I couldn’t help but picture Mark Wahlberg the whole time and now you will too.)

So Marcus peaces off to his seaside estate in Yorkshire. The house is kind of gross and possibly haunted, but it’s quiet and nobody there brings up the fact that his floozy of a wife is dead because she couldn’t keep it in her pants. And then some crazy woman faints in front of his carriage, and his life takes a turn for the crazy. Having an accused murderess under his roof is one thing, but then his dead wife’s secret child shows up and adds another dash of unwanted adventure into the mix. What’s a man to do?

If he thinks that’s bad, he should try being the aforementioned accused murderess. Lilian Martin didn’t kill her brother in law, but we all wish she did. Lord Weston was super gross. Anyway, Lil’s on the run. Sort of. She’s only really on the run for a small portion of the book. Barely even worth mentioning, really. I wish more of the plot had actually revolved around that, instead of it being tidied up so quickly and neatly before the book was even halfway. I think maybe I’ve just been reading a lot of mysteries and was hoping for a bit more of one. That being said, there was more to Lord Weston’s death than it originally seemed. So in the end I guess I got my mystery. Still, would have liked a little more danger. Maybe a little bit of Marcus protecting Lillian? I don’t know. Not the author’s fault, certainly. The plot she wrote works just fine!

Anyway, that’s two characters. Then we’ve got little Mabel, who is pretty darn cute for a girl who thinks her sock is a doll. And who thinks Marcus is her dad. Which he is not, by the way. But he sure steps up to the role. Sort of. After like, maybe a hundred pages of being the world’s grumpiest twenty-something-year-old.

Combine all that with meddling servants and a good helping of loneliness on all sides, and I think you can see what we’re baking up here: build-your-own-family!

I don’t really like kids, so I didn’t care much about Mabel being involved. That being said, Marcus was pretty cute with her sometimes. And Marcus, in my opinion, is really the shining star of this particular novel. I liked Lilian, but Marcus was so...different. He was cheeky but not roguish. He was grumpy as hell, but not a complete asshole. And, most importantly, he had a heart of gold. Granted, it was hidden under years of cobwebs, but dusting all of those away was the fun part. If you’re looking for a new Mr. Darcy to woo the heck out of you, you’ve come to the right place.

I was able to connect to the romance aspect in a way I haven’t in awhile. Maybe it was the suspense of it all. I knew they were going to get together, of course, but when? Neither of them was exactly primed and looking for love when they met, so the romance was a slow burn.

But holy spicy pasta was it worth it! The lovin’ scenes weren’t totally my cup of tea (a bit stodgy, but that’s the genre, of course) but everything else with the romance was splendid!

The book was well-written, and had some really interesting historical tidbits and scenic descriptions that I thought added a little bit of extra fun. In general, it was a great read. Put this on your bookshelves, people!