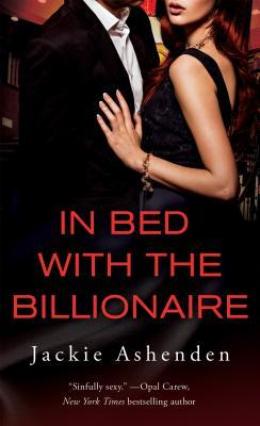 I am so on the fence with my feelings about this book. I definitely didn’t like it, but since there were parts I did like I’m not sure where to put it in terms of rating. There were parts that could have been redeeming, but also lots of parts that made me scowl at my Kobo. Which is a shame because I thought the premise was interesting.

Temple Cross is a hitwoman who has been hired to kill a big bad named Jericho, which is a-ok with her since he sold her sister into sex slavery seven years ago and she’s spent her whole adult life trying to track him down and find out what happened to her sister. But—plot twist—Jericho’s actually spent his adult life building up his trafficking empire so he could bring it down at the right time and implicate everybody who’s ever even thought about buying a lady.

But Temple doesn’t know that, so she gets herself trafficked on purpose so that she can get Jericho alone—by seducing him—and do the deed. The killing deed, that is. But she also needs information about her sister, so the killing is put off to the sidelines while she and her target begin a tango of lies and seduction.

What a killer premise, amirite? And yes, pun intended. But I just didn’t think it pulled through. First of all, the writing style seemed to largely revolve around what was going on in the characters’ heads. All in all, there actually wasn’t a ton of plot driving action. And when there was, it was so mired in their inner dialogue that it lacked a sense of movement. And this is such a shame because some of the action—I’m looking at you fight scenes between Jericho and Temple—was downright thrilling.

Another problem was that it’s the fifth in the series, but the author doesn’t do a good job of introducing new readers to the characters of the previous books. She tries, I think, but I was still really confused as to who everyone was and why I was supposed to care. And trying to piece together the group dynamics (which became much more important at the end of the book) while reading made it difficult to concentrate. The other couples were also really intense with each other, which was something I maybe would have liked if I’d read the other books, but honestly kinda creeped me out otherwise.

I liked both Jericho and Temple for the most part. Their tortured inner dialogue was frustrating to read, but their actions and motivations made them relatable. I got really tired of hearing about how Jericho had built up his empire to bring it all down though. Really tired. It was as if the author was trying to continually soften the blow of him being a criminal by reminding readers that he was a good guy under it all. We know that! We don’t need to be reminded. I think you’d be surprised how well the memory of the average reader works these days. Most days I can even remember the day of the week, so a major character motivation is something I can probably handle.

Here’s another thing my silly reader brain remembered—how fast this all took place. Why is that important? Because it was no more than a couple of weeks before we got to the big L word. And I’m not talking two weeks of happy fun times—I’m talking two weeks including the manipulation, anger, and deception. I’m not saying the hero and heroine shouldn’t have fallen in love. I’m totally on board with the love here. I just wish it hadn’t been so quick. We’ve got two super broken people who don’t think they can fall in love and then BOOM! Super, ride or die love. I just wasn’t sure where it all came from.

Redeeming features? The sex scenes were super hot. Super, super hot. The heroine was tough as nails, and I liked that her and the hero were well matched. Sometimes I feel like tough heroines are only allowed to be tough until they’re compared to the hero, who is way tougher. That wasn’t the case here. Although they excelled in different areas, Temple and Jericho played on a mostly even playing field.

I also liked the unconventional hero. I just wish the author hadn’t felt the need to over explain how he was a good dude inside and was super tortured. That could have been conveyed easily without all the “sixteen years of building it up just to bring it down” crap. I have a parrot that lives across the street from me who is less annoying.

Not the worst book I’ve ever read, not the best. Definitely not the middle range, either. ⅖ stars.