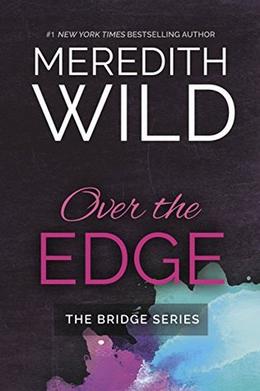 What I’m saying here is reading menage basically sets me up for disappointment from the beginning.

But here’s the funny thing—I wasn’t disappointed by this book. I will say that I really did have to suspend my disbelief here. I just don’t see how a threeway relationship could amicably work outside of bringing in a stranger for some hanky panky and sending them on their way, but that’s just me. But once I got over that, I really got into the story.

Olivia Bridge is the kind of heroine I adore. She’s smart, she’s sassy, and she grows. She’s not satisfied with her life of handouts from her rich, controlling parents, so she runs off to New York with her brothers to be a part of their new fitness empire. It’s not her dream, necessarily, but it’s a dream. It’s hard to cultivate a passion in life when your parents are shoving their expectations down your throat. And being in New York gives Olivia a chance to try a whole load of funky new experiences on for size.

Enter Will Donovan. Sexy, sophisticated, and downright ruthless. He is the maximum amount of alpha I can handle comfortably, but he does it well. At first, Liv is merely a challenge to him. But of course it turns out he’s just as susceptible to melting on the inside as the rest of us. I loved watching Will struggle with his feelings for Olivia. Neither him or his roommate are used to the whole “one woman” bag. Granted, most of the heroes in romance novels are a bit like that, but it felt different with him somehow.

And then there’s Will’s roommate, Ian Savo. Ladies, he’s a firefighter. And he is smokin’ hot. He’s also friends with Olivia’s brother, which is a bit awkward to me and I’m not sure why. Normally I’d think the best friend’s brother thing is cool, but it feels different when he’s only one of two guys she’s dating. Like surely her brother must have just been stuck with the image of his little sister being spitroasted every time he saw these people? How could he be thinking of anything else? Isn’t that what everyone pictures when they think of a menage? Just me? Oh.

Anyway. I enjoyed the writing, and I thought the character development was pretty spot on. Olivia’s a great heroine. She’s feisty, but has her fair share of faults—including the battles she’s too afraid to fight with her parents. I loved that she gains confidence in herself as a person, rather than an accessory to the family unit. She grows up.

But hey, what are we really here for, amirite? Well depending on why you like romance novels, I might not be right, but humor me. The sex: Holy. Hot. Damn.

I mean, you’d expect a menage novel to feature some sexy sex. But the one on one stuff was blazing too. Will is a dominant and aggressive in a way that made me very hot under the collar. Meredith Wild knows what she’s doing here!

My one hang up with this story was that I really didn’t love the insta-love/lust between Olivia and her gentlemen. In particular with Will, I would have liked to see her fight him a little more. He was after her as a prize, and she just kind of awarded herself to him. What are you doing? Make him work for it, girl!

That being said, there was a lot of ground to cover here in terms of relationship development, so there just might not have been the space for it. When it’s easy, it’s not as fun.

I highly enjoyed this novel. It’s definitely a world you’ll get lost in. Remember to bring lots of cold drinks for the extreme thirst you’ll undoubtedly develop. Four stars!