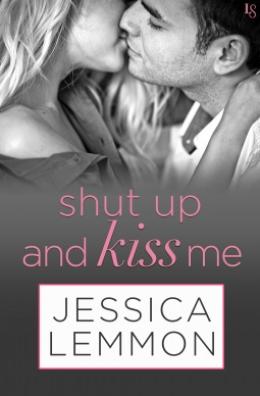 I wonder sometimes if the NA subgenre has staying power. The emotional immaturity that is inherent in the age group it’s talking about is a definite stumbling block and for so many authors, the only way to mature their characters is to have some sort of deep tragedy happen to them. This is where we get the cavalcade of books where the heroine is sexually assaulted, either before the book or during the book. So, good news everyone, this isn’t one of those books!

It is, however, one where a tragedy has befallen our hero and the heroine helps him overcome it. In a way, this book is a down-the-middle category romance. If it wasn’t about college students, it probably could have been a Harlequin Presents. Clocking in at 176 pages, the characters go on their journey and find their happily ever after in an orderly fashion, providing the perfect enemies/friends-to-lovers nip so many folks love. (The enemies/friends is intentional; they’ve known each other for a while, but realize their ‘hatred’ was really just simmering sexual tension.)

Caden Wilson is recovering from a serious car accident that he got while illegally drag racing. His body is generally okay, but his speech is reduced to a stutter. As a result, his sparkling career as a lawyer has been truncated and he’s dropped out of school completely. A recalcitrant grump, Cade lives with his father, a recovering gambling addict/criminal, and agrees to occupational therapy with Tasha.

Issue being that Tasha isn’t a speech therapist, but instead a physical one. She’s finishing her education and is in no way equipped to be helping him, but since she’s the only person he’ll let near him, everyone agrees to this vague facade.

Of course, her attempts to improve his speech are stymied by his stubbornness, and also by the fact that his stutter is most likely psychosomatic and something he can kind of work through on his own. She slowly discovers that he doesn’t stutter when he’s comfortable, and he seems to be most comfortable around her, and eventually even more comfortable when they’re making out. Convenient, eh?

There’s a whole thing with her father being a controlling jackass, her ex causing trouble, and the fact that all of Cade’s friends abandoned him after the accident that flavors this story. Mostly, however, it’s about the two of them. I’m not sure if I wish the book was longer, as the world could have gotten fuller, or if I was quite content with the length because there was so much going on, it couldn’t have sustained any longer.

If you love NA, I think you’ll love this. If you’re into grumpy heroes who come alive in the hands (ahem) of their nurse/heroine, then pick this up for sure. If your catnip is enemies-to-lovers, I’m not sure if this will tick all of your boxes, but it’s a quick and delightful read and I think worth the gamble.