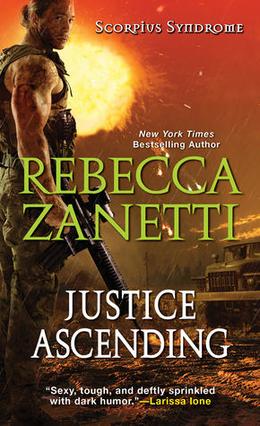 When this book crossed my desk, I sighed deeply. While I usually love dystopian fiction, I admit to being weary of it. In addition, Zanetti’s work are famous and the worlds are well-built. Diving into this series midway felt intimidating and I wasn’t sure I was up to the task. Thankfully, the book proved me wrong and I enjoyed my time with Tace and Sami.

The synopsis covers the story pretty well. If there wasn’t a DNA-altering virus on the loose in this world, then this would be a workplace romance. Since there is, the stakes are higher, the risks they take with each other and within themselves are greater, and Tace and Sami have the added task of saving the world while they fall in love. No big, right?

This is world where survivors have been changed beyond their imaginations. The fight isn’t to rebuild the world they once knew - that’s impossible. That world can never exist again. Instead, it’s to build a new one in this altered reality, and in any new frontier, there are people who want to build communities and hope, and there are others looking to exploit and take advantage and create chaos. The setting of this novel is no different, and so the pace of the book has to feel a little different than a contemporary one. We have the romance story and we have the world-building story.

For the romance, I wouldn’t put these two in the enemies-to-lovers category, more like “really skeptical to lovers”. But once they get there, y’all - *fans self*. Their chemistry was palpable, their fights were almost as hot as making up. Prior to meeting Sami, sex was a thing for Tace and he got it with as many ladies as he could as often as he could. Once he commits to Sami, however, it’s deep and true and permanent. Their love grounds the rest of the story as they have to fight the forces of evil.

It took me a few pages to settle myself, and so I really wouldn’t say this is a standalone. You should start this at the beginning and give Zanetti the time to build her world. Whole thing is worth your time, absolutely, but it’ll be better, I think, if you start from the very beginning.