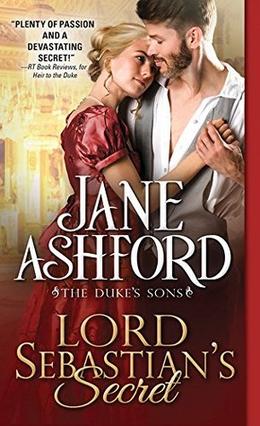 I don’t generally read a lot of historical romance. I like it, but as more of a sometimes thing than a constant. I say that as a disclaimer so you know I’m no expert on the trends in the genre. That being said, I’ve noticed that a lot of the regency romances I read or hear about have a major antagonistic element to create drama in the underlying plot. I’m talking murders, kidnappings, secret cults, etc. That’s totally fine, don’t get me wrong. Having something major like that makes the plot exciting and interesting in what can be a dry period to write about. But sometimes it’s a bit too much.

If you’ve been feeling the same, this is the perfect novel. No murders. No kidnappings. No revenge plots. The conflicts in this book come from more everyday sources—a learning disability, eccentric family members, and (most importantly) pugs. And it’s never ever boring. I was totally engaged and gobbled up this book in only a couple sittings, which I can only ever manage if I’m in love with the material. And hell, I was.

First of all, this book is so damned unique that it tickles me. The hero is dyslexic, something that becomes more important later in the book but is hinted at in the beginning enough for a modern reader to understand. Of course they didn’t know what dyslexia was back then, so he just reckons he’s stupid. This makes for some fascinating and tense plot points, and is something I’ve never seen before.

Another unique aspect (though one that I’m sure has been used before lots, though possibly never this well) was that the hero and heroine were already engaged at the beginning of the book. Lord Sebastian hasn’t seen his fiance Georgina since they got engaged during the London season, and now he’s staying with her family until their wedding. They had a couple small kisses in London, but this book is all about how they take their blossoming romance into full blown, super passionate love.

And man, did it ever hit the mark. I fell completely in love with Georgina and Sebastian. They had flaws, they had strengths, and they worked so well together that I couldn’t wait for them to get married. Normally I prefer a slow burn romance with little actual relationship stuff, but this book has shown me how good a whole book on relationship building can be. The book was written from both points of view, and it was done incredibly well. Sebastian was hilarious. Georgina was good at puzzles. Both points of view provided a wealth of interesting internal commentary.

But the other characters also deserve a mention. They were more than just characters—they were living, breathing people. I would love to read more about any single one of them. And that is not an easy thing to master when writing. Too often, authors throw in side characters just to spice things up without actually giving them their own goals and motivation. Not here.

I still can’t get over how interesting the plot was. Ashford knows how to weave a good plot, that much is clear. I want to go through this book and take notes, or hunt her down and interrogate her about her outlining process.

The writing was fantastic, so I don’t have anything else to say about it. The love scenes fit in perfectly with the rest of the novel, and they were decently steamy for being a little lower on the heat scale. Job well done there as well.

My only complaint—and it’s way too small of one to affect my rating—is that the blurb and title make it seem like the dyslexia thing is going to be a bigger problem than it is. In truth, by the time we really get to it as a major conflict, it’s already pretty clear how the rest of the novel’s going to play out. While Sebastian’s dyslexia is certainly a consistent issue throughout the novel, I wouldn’t say at any point it’s super life or death. He feels it is, but we know it’s not. But anyway, that hardly seems to matter. The book is a home run in every way. Great writing, amazing plot, amazing characters, and some sweet, sexy lovin’. 5/5 stars.